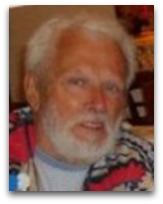 In existographies, Ted A. Erikson (c.1928-) (CR:22) is an American chemical engineer noted his 2000s effort to understand how conscious may have arose from Planck length scales.

Overview
In the early 2000s, Erikson began working on a Planck-length theory of photon-base consciousness or awareness, in order to better understand where the sense of human consciousness arises.

In 2005, Erikson, a Chicago native, came into contact with Libb Thims, and the two began to meet and discuss theory over, here and there, into at least the early 2010s. Erikson, therein, became associated with Institute of Human Thermodynamics whose work is focused on the relationships between mass, energy, body size, and lifetimes of structures, both living and non-living, in attempts to synthesize a unified theory of growth valid from particles the size of the electron to particles the size of the human (human particle).
In 2009, Erikson, in his "What Makes Us Human", attempted to discern an evolution principle at the fundamental particle level to explain growth and consciousness at the human level. [2]

His general theory, based on his earlier work on and experiments on the forced vaporization of water, resulted in efforts to discern a Planck-scale theory of consciousness. [1]

In 2010, Erikson, in his April talk to the American society of Chemical Engineers at the Illinois Institute of Technology, shown adjacent:

“Consciousness, a function derived from photons, gets a bit ‘murky’, but therein lies the source.”

Erikson pointing to a printed version of the evolution timeline, at a 2010 lecture at the Illinois Institute of Technology, attempting to argue to engineer Libb Thims and physicist David Gore, that Planck length particles have consciousness. [2]

Education
Erikson completed his BS in chemical engineering and in 1959 his MS in chemistry on “Steady-State Thermodynamics”, focused on the forced vaporization of water based on experiments, under American physical chemist Ralph Tykodi, at the at the Illinois Institute of Technology. Erikson went on to work for twenty years in the research and development department of the Armour Research Foundation, a subdivision of ITT, and later worked as a high school chemistry-physics-mathematics teacher for a period of twenty years.