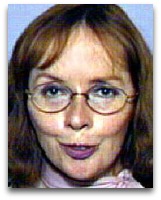 In hmolscience, Teresa Brennan (1952-2003) was an Australian-born American feminist philosopher and social-political theorist noted for her psychodynamic theories on how energetics applies to social issues, such as relations between men and women, theorizing on concepts such as the physics of social pressure. [1]

Overview
Brennan’s work is largely based on the Austrian psychologist Sigmund Freud’s theories of how forces act on the mind in a physical sense in connection to psychological energy. In summary to her first book, the 1992 Interpretation of the Flesh: Freud and Femininity, Brennan explains that “the solution to the riddle of femininity depends on unraveling Freud’s neglected if confused theories on psychical energy, while discarding the assumption that the subject is energetically and emotionally self-contained.” In this work she discusses social energy, emphasizing Freud’s physical psyche model using the notion of conflicting forces complemented by bound energy and free energy. [2] This bound energy, supposedly, is said to lead to psychic rigidity while freely mobile energy leads to psychic flexibility. [3]

Her 1993 book History After Lacan seems to cover the views of French psychoanalyst Jacques Lacan, noted energy-entropy critique of the psychodynamics work of Freud. [6]

In her 1997 article “Social Pressure”, she argues that social pressure operates as physical energy, arguing that social pressures are pressures to conform but also those exerted on the psyche in the same way that physical pressures are exerted on the body. [4] In her last book, the 2004 The Transmission of Affect, which seems to be the most popular, she presents the idea that one can soak up someone else’s depression or anxiety or sense the tension in a room, arguing that the emotions and energies of one person or group can be absorbed by or can enter directly into another.

The 2007 multi-author book Living Attention is an interdisciplinary exploration of the scope and impact of Brennan’s work and theories, inclusive of chapters such as “Teresa Brennan’s Energetics”, among others. [7]

Education
In 1992, Brennan was a professor of social and political sciences at the University of Amsterdam, also teaching regularly at the universities of Cambridge and London. In 2003, she was the chair of the humanities department at Florida Atlantic University.

Other
People who purchase Brennan's Transmission of Affect also tend to read the work of American women's studies sociologist Patricia Clough's 2007 The Affective Turn: Theorizing the Social, which utilizes thermodynamics, entropy, in theorizing about woman's work. [9]

Note
Brennan met her reaction end on February of 2003, following a hit-and-run car accident two months prior, which had put her in a coma. Connected to this, in 2006, in what seems to be a bit of macabre tabloid fodder, so to speak, Australian ex-judge Marcus Einfeld stated under oath in court that a speeding ticket he received (that was caught on camera) could not have occurred because at the time of the ticket (2006), as he stated (signing a statutory declaration to that effect), “his good friend good friend professor Teresa Brennan was driving his car when it was caught speeding”, even though he knew she had passed three years earlier. [8]