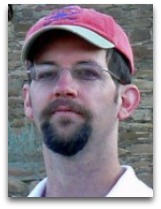 Overview
In 1999, Gallaway, “Entropy, Negentropy, and the Laws of Thermodynamics”, in the Encyclopedia of Political Economy, gave the following summary:

“The laws of thermodynamics are important to various fields of political economy. Interest in these laws reflects the interdisciplinary nature of political economy, in particular the linkage with physics, applied mathematics, and evolutionary theory.”

Education
Gallaway completed his PhD in 2001 on “Virtual Scarcity: the Evolution of Imbalance and its Impact on Society and the Environment” at Colorado State University. [2] Gallaway became an associate professor of economics at Missouri State University in 2006.