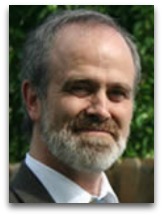 In existographies, Terrence Deacon (c.1954-) (CR:69-) is an American physics-philosopher and neuro-anthropologist, noted for his 2011 theory of teleodynamics, conceived to explain the "end-directedness" behavior in "living things".

Overview
In 2011, Deacon, in his Incomplete Nature: How Mind Emerged from Matter, explored, in his own words, the relationship between "thermodynamic, self-organizing, evolutionary, and semiotic processes and provides a new technical conception of information—different from that of Shannon information—that explains both its representational and normative properties." Deacon's book, in short, seems to be an attack on the Shannon bandwagon; he ridicules, for example, American quantum computation theorist Seth Lloyd's "misrepresentation of history", in his 2006 Programming the Universe, namely Lloyd's comment that "Maxwell, Boltzmann, and Gibbs showed that all atoms register bits of information". [1]

This, to note, is similar to the polemical misrepresentation of history style of American physicist and self-defined "information theory philosopher" Robert Doyle, who in 2001 commented: "Kelvin claimed that information must be destroyed when entropy increases". [2] Doyle is also similar to Lloyd in that they both are willing to misrepresent history in the name of their respective information theory based free will arguments. [2] When Lloyd is asked about free will in the context of his universe as a vast computer model, he responds: [3]

On the so-called claimed-to-be "analogy" between Boltzmann entropy and Shannon entropy, Deacon comments: “The analogy [of Shannon entropy] to thermodynamic entropy breaks down.” [1] This view is in alignment with the modern view of things. [4]

Morphodynamic work
In his theory, Deacon speculates on the thermodynamics of what he calls "morphodynamic work", which seems to be closely akin to German polymath Johann Goethe's physical science theory of everything concept of morphology, morphogenesis, and metamorphology; thought Deacon, to note, does not mention Goethe.

In 2011, Deacon was accused of misappropriating theories from the work of American philosopher Alicia Juarrero, though the situation seems to be one of using common theories, in regards to theorizing about mind from matter in the context of purposive behavior, confined to the laws of physical science.

Education
Deacon completed undergraduate work in physics and philosophy from 1968 to 1970, at the University of Washington, and work in biology (chnopsology) from 1971 to 1972, at Western Washington University, completing his BA, in interdisciplinary fields, at Fairhaven College, Western Washington University, in 1976. In 1978, he completed an EdM in philosophy and cognitive development (somewhere). In 1984, he completed his PhD with a dissertation on “Connections of the Inferior Periarcuate Area in the Brain of Macaca Fascicularis: an Experimental and Comparative Neuroanatomical Investigation of Language Circuitry and its Evolution” at the biological anthropology department of Harvard University. Deacon currently is the head of the anthropology department of the University of California, Berkeley. [5]