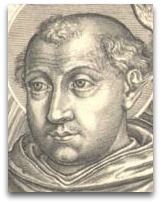 Will | Self-motion?
In his third article titled “Whether the Will Moves Itself”, Aquinas opens to his first objection, citing Aristotle’s Physics 3, and states the following: [1]

“Every force tends to give motion to the body on which it acts; but it may be prevented from doing so by other opposing forces, so that equilibrium results, and the body does remains at rest. In this case the force performs no work. But as soon as the body moves under the influence of the force, work is performed.”

The conflict between the two positions, anthropomorphic "will-based" notions of movement vs. "force-based" notions of movement, often tends to come to the fore in philosophical debates regards to human movement. [4] Resolution of the crux only becomes more complicated in the framework of the post circa 1925 "exchange force" model of force, wherein animation of "bodies", such as intentional human movement, can be understood by studying the bending movement of the retinal molecule, as being a type of induced movement brought about the the exchange of photons, the force carrier of the electromagnetic force, "acting" on the electron structure of 11-12 carbon bond of the molecule.

Education
Aquinas was a student of Albertus Magnus. [5]

“The monumental work of Thomas Aquinas, which based on Aristotle, including its whole theory of natural law, is the foundation of Roman Catholic theology.”

“Aquinas’ masterpiece and his monument, Summa Theologica, contains 38 treatises, and deals with 612 separate questions, subdivided into 3,120 separate sections. In all the work asks and answers ten thousand questions.”

Quotes | By
The following are quotes by Aquinas: