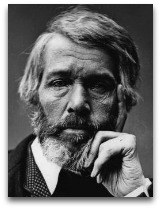 Overview
In 1837, Carlyle, in his The French Revolution, described the members of the States-General of 1789 and the National Convention into which it was transformed as gravitating bodies (see: social gravitation): [1]

“Every reunion of men, is it not, as we often say, a reunion of incalculable influences; every unit of it a microcosm of influences;—of which how shall science calculate or prophesy! Science, which cannot, with all its calculuses, differential, integral, and of variations, calculate the problem of three gravitating bodies, ought to hold her peace here, and say only: In this National Convention there are seven hundred and forty-nine very singular bodies, that gravitate and do much else;—who, probably in an amazing manner, will work the appointment of Heaven.”

The following is a picture of the May 5, 1789 meeting of the States-General in the Grands Salles des Menus-Plaisirs in Versailles, France, showing the 749 singular bodies Carlyle speaks of: [2]

Individualism
Carlyle, among historians, is noted for his so-called “great men” theory of history, which Henry Buckle argued against, in its place advocating the belief in the possibility of applying scientific treatment to historical problems, and for his “individualism argument” according to which the historian is supposed to know the knowledge of every act and thought of every individual of a given time in order to write history, which Morris Zucker argued against, stating to the effect that just as the metallurgist in a steel mill does not need to know the actions of every electron and atom of the material he works with to make steel so too does the historian not need to know the actions of every single person to write history.

Goethe | Elective Affinities
In 1877, Carlyle, in his essay Goethe, opens to the following, after which he ranks Goethe above Voltaire:

“Viewed in his merely external relations, Goethe exhibits an appearance such as seldom occurs in the history of letters, and indeed, from the nature of the case, can seldom occur. A man who, in early life, rising almost at a single bound into the highest reputation over all Europe; by gradual advances, fixing himself more and more firmly in the reverence of his countrymen, ascends silently through many vicissitudes to the supreme intellectual place among them; and now, after half a century, distinguished by convulsions, political, moral, and poetical, still reigns, full of years and honors, with a soft undisputed sway; still laboring in his vocation, still forwarding, as with kingly benignity, whatever can profit the culture of his nation: such a man might justly attract our notice, were it only by the singularity of his fortune. Supremacies of this sort are rare in modern times; so universal, and of such continuance, they are almost unexampled.”

Carlyle described Goethe, in another place, as the “wisest of us all”; the following is another quote:

“Close thy Byron, open thy Goethe.”

Printed direct commentary by Carlyle on Goethe's Elective Affinities, however, is elusive.

“Thomas Carlyle, probably one of Goethe's biggest supporters, does not even mention Die Wahlverwandtschaften in his major works on Goethe.”

Carlyle does, to note, employ “elective affinities” in social chemical metaphor usage (Ѻ) in his discussions of social revolutions.

Carlyle's disciple James Froude, however, was the first English translator (1854) of Elective Affinities.

Other
Carlyle was friends with Ralph Emerson and of John Mill, the latter, together with Jeremy Bentham, noted as being a founder of utilitarianism; Bentham described by Stark classification as being a secondary form of mechanistic social thought.

Quotes | By
The following are quotes by Carlyle:

“Coleridge is ‘very great but rather mystical, sometimes absurd.’ Essayist William Hazlitt is ‘worth little, tho’ clever.’ Alexander Pope is ‘eminently good,” while Thomas Gray was found to be ‘very good and diverting.’ On Washington Irving: ‘It was a dream of mine that we two should be friends!’ Byron, and those like him, are to be regarded as ‘opium eaters’, people who ‘raise their minds by brooding over and embellishing their sufferings, from one degree of fervid exaltation and dreamy greatness to another, till at length they run amuck entirely, and whoever meets them would do well to run them thro’ the body.”