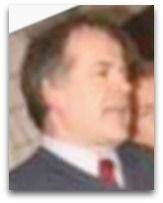 In existographies, Thomas Conlon (c.1950-) (CR:15) is an Irish mathematician, physicist, and languages scholar, noted for his 2011 historical work on Otto Guericke and his vacuum experiments.

Guericke | Languages
Guericke is fluent in German, via travels abroad, Latin, which he teaches, and English, his native language.

In 1971, Conlon, as an undergraduate during the summer, went to work as guest worker on a Baustelle in Mainz, Germany, whereat he learned German, during which time he travelled to Berlin. In 2006, during a travelling tour throughout Europe, with his wife, he visited: Berlin, Dresden, Potsdam, Wittenberg, Jena, Bradenburg, and Magdeburg, in the last of which he picked up a copy of a facsimile copy of Otto Guericke’s Experimenta Nova, which were being sold for the 400th anniversary of Guericke’s birth, and this “was the beginning of my interest in von Guericke” as he says. [1]

Education
In c.1973, Conlon completed a BS, supposedly, in physics, after which he completed his PhD in mathematical logic at the University of Bristol, England, after which he engaged in a career in telecommunications software engineering. In 2003, after retirement from telecommunications industry, he taught mathematics, physics, and Latin at Chavagnes International College, France, for two years, and worked as headmaster, from 2004 to 2006, whereat he continues to teach in a part-time capacity. [1]

Quotes | By
The following are quotes by Conlon:

“Working entirely as a self-funded amateur, Guericke gained a permanent place in the scientific community, through three original achievements: the invention of the vacuum pump, the first demonstration of electrostatic repulsion, and the pioneering of the concept of absolute space. Inter alia, he also independently invented the barometer, associated low pressure with stormy weather, weighted air, investigated sound and combustion in the vacuum, and estimated the height of the atmosphere.”

“Guericke was destitute at thirty; when he gave the superbly crafted [mechanical] celestial globe [which he made] to Torstenson he was forty-four; when he appeared at Regensburg with a thought-out position on one of the great philosophical questions of the day [on the vacuum] and able to support it with experiments, he was fifty-two; when he completed his Experiments Nova he was sixty-one.”