Overview
In c.1573, Digges attempted to determine the parallax of the 1572 supernova observed by Tycho Brahe, and concluded it had to be beyond the orbit of the Moon; a conjecture which contradicted Aristotle's view of the universe, according to which no change could take place among the fixed stars.

In 1576, Digges, during the publication of the 4th edition of A Prognostication Everlasting, a Ptolemaic cosmology based perpetual almanac written by his father Leonard Digges, added an appendix of featuring the first English translation of Copernican heliocentric model of the universe, during which Digges went further than Copernicus by proposing that the universe is infinite, containing infinitely many stars, as shown below, and may have been the first person to do so. 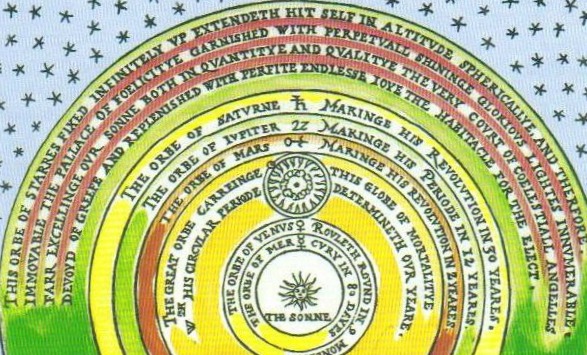 In 1584, Giordano Bruno, in his On the Infinite Universe and the Worlds, amassed the Ptolemaic model, the Copernican model, the Tychonian model, and the Digges model, to propose the theory that the universe is infinitely extensive and that it is filled with stars like the sun and planets like earth. [1]

Dark Night Sky Paradox
Digges, according to Edward Harrison (1987), was the first to address the problem of the dark night sky paradox, aka Olbers’ paradox (Ѻ); this, however, may be retrospect reading into the text like conjecture. [2] 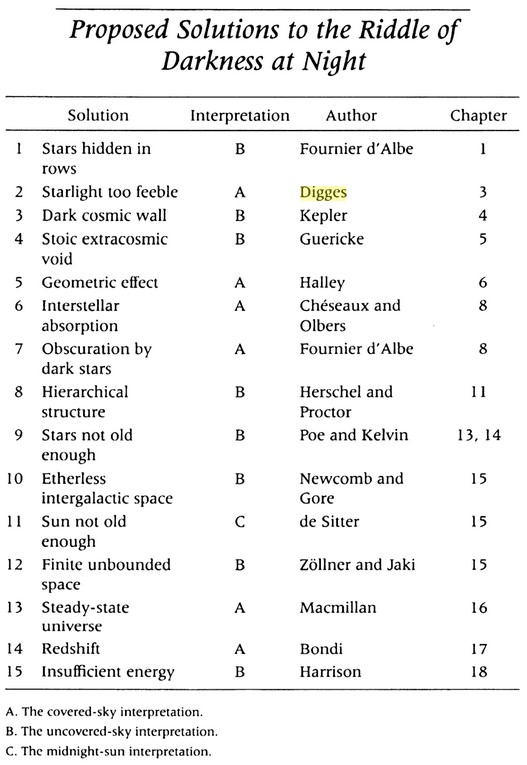 Quotes | On
The following are quotes on Digges:

“Tycho Brahe and others deemed Digges to be one of the greatest geniuses of the time.”

Quotes | By
The following are quotes by Digges:

“This orb of stars fixed infinitely up extends itself in altitude spherically, and therefore immovable the palace of felicity garnished with perpetual shining glorious lights innumerable, far excelling over [the] sun both in quantity and quality the very court of celestial angels, devoid of grief and replenished with perfect endless joy, the habitacle for the elect.”