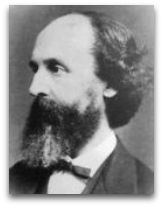 In thermodynamics, Thomas Archer Hirst (1830-1892), commonly cited as T. Archer Hirst, was an English mathematician noted for being the translator of the 1867 first English edition of Rudolf Clausius’ collected papers on The Mechanical Theory of Heat. [1] Hirst was associated with Irish physicist John Tyndall, who wrote the introduction to the 1867 edition. [2]

The second edition English translator (1879), after the textbook was re-written by Clausius, was English civil engineer Walter Browne.

Education
At age fifteen, Hirst left school at fifteen to work as an apprentice engineer in Halifax, surveying for proposed railway lines. It was there that he met Irish physicist John Tyndall, ten years older than Hirst and working as an engineer in the same firm. In his late teens, at the instigation of Tyndall, he decided to go to Germany for education, initially in chemistry. He eventually received a doctorate in mathematics from the University of Marburg in 1852. In 1853 he attended geometry lectures by Swiss mathematician Jakob Steiner at University of Berlin. From 1860 to 1864 he taught at University College School, but resigned because he wanted more time for his mathematical research. He was appointed professor of physics at University College London in 1865, and he succeeded British mathematician Augustus de Morgan to the chair of mathematics in 1867. [3]