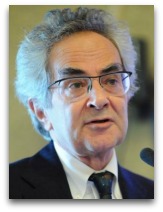 In existographies, Thomas Nagel (1937-) (CR:11), not to be confused with Ernest Nagel (1901-1985), whose surname similarly arises in reductionism discussions, is an American atheist anti-reductionist philosopher, generally focused on an argument that "consciousness" is not reducible to physics and chemistry, noted for his 1987 book What Does it All Mean?, a treatise on physicalism versus dualism, with discussions.

Bat | Consciousness
Nagel seems to be widely-cited for his 1974 “What is it Like to be a Bat?” wherein he pits reductionism against the premise that every organism that has conscious experience has a subjective unique mental state, not accountable to materialism, or something along these lines. [4]

Extrapolate down | Difficulties
In 1987, Nagel, in his What Does it All Mean?, gave the following argument, cited by Christian de Quincey (2002), of the, supposed, absurdities resulting from the extrapolate down approach, in respect to consciousness: [1]

“Ordinarily we believe that other human beings are conscious, and almost everyone believes that other mammals and birds are conscious too. But people differ over whether fish are conscious, or insects, worms, and jellyfish. They are still more doubtful about whether one-celled animals like amoebae and paramecia have conscious experiences, even though such creatures react conspicuously to stimuli of various kinds. Most people believe that plants aren’t conscious; and almost no one believes that rocks are conscious, or Kleenex, or automobiles, or mountain lakes, or cigarettes. And to take another biological example, most of us would say if we thought about it, that the individual cells of which our bodies are composed do not have conscious experiences.”

In 2012, Nagel, in his Mind and Cosmos: Why the Materialist Neo-Darwinian Conception of Nature Is Almost Certainly False, argued the following:

“It is highly implausible that life as we know it is the result of a sequence of physical accidents together with the mechanism of natural selection.”

Nagel, as summarized by one of his former Princeton philosophy students Richard Brody, argues, in sum, that “life cannot have arisen solely from a primordial chemical reaction, and the process of natural selection cannot account for the creation of the realm of mind.” [3]

“I want atheism to be true and am made uneasy by the fact that some of the most intelligent and well-informed people I know are religious believers.”

“I am drawn to a fourth alternative, natural teleology, or teleological bias, as an account of the existence of the biological possibilities on which natural selection can operate. I believe that teleology is a naturalistic alternative that is distinct from all three of the other candidate explanations: chance, creationism, and directionless physical law. To avoid the mistake that White [Roger White] finds in the hypothesis of nonintentional bias, teleology would have to be restrictive in what it makes likely, but without depending on intentions or motives. This would probably have to involve some conception of an increase in value through the expanded possibilities provided by the higher forms of organization toward which nature tends: not just any outcome could qualify as a telos. That would make value an explanatory end, but not one that is realized through the purposes or intentions of an agent. Teleology means that in addition to physical law of the familiar kind, there are other laws of nature that are "biased toward the marvelous".”