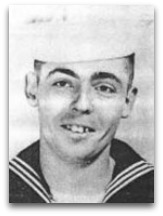 Overview
In 1958, Pynchon wrote a short story “Entropy”, published in 1960, in which he helped to introduce the physics concept of entropy to the literary world, a term which was to later become synonymous with Pynchon's name. [6]

Pynchon credits his major influences in the formulation of "Entropy" as American historian Henry Adams, author of the 1910 “A Letter to American Teachers of History” and American mathematician Norbert Wiener, author of Cybernetics (1948) and The Human Use of Human Beings (1950). He explains "that the ‘theme’ of the story is mostly derivative of what these two men had to say." [7]

Of note, the Crying of Lot 49 is listed by Time magazine as one of the best English language novels from 1923 to 2005. [3] To cite an example, the following is an excerpt from The Crying of Lot 49, themed on similarity of Shannon entropy to Boltzmann entropy (or Clausius entropy) and the nature of the two in respect to information loss and Maxwell’s demon: [12]

“He began then, bewilderingly, to talk about something called entropy. The word bothered him as much as ‘Trystero’ bothered Oedipa. But it was too technical for her. She did gather that there were two distinct kinds of entropy. One having to do with heat-engines, the other to do with communication. The equation for one, back in the ‘30’s, had looked like the equation for the other. It was a coincidence. The two fields were entirely unconnected, except at one point: Maxwell’s Demon.”

In retrospect, as noted by American writer Jeremy Campbell, we note that the formulaic similarity between thermodynamic entropy and information entropy was not exactly a “coincidence”, but rather a half-joke, half-effort made by American electrical engineer Claude Shannon in attempts to justify his theories on signal transmission in phone lines (information theory), thermodynamically. [13]

Pynchon later admitted the "shallowness of [his] understanding" of the subject of entropy, and noted that choosing an abstract concept first and trying to construct a narrative around it was "a lousy way to go about writing a story". He carries the concept of entropy, however, throughout his work; at least up through 1973.

From “Entropy” we find:

"Nevertheless," continued Callisto, "he found in entropy, or the measure of disorganization for a closed system, an adequate metaphor to apply to certain phenomena in his own world. He saw, for example, the younger generation responding to Madison Avenue with the same spleen his own had once reserved for Wall Street, and in American 'consumerism' discovered a similar tendency from the least to the most probable, from differentiation to sameness, from ordered individuality to a kind of chaos. He ... envisioned a heat-death for his culture in which ideas, like heat-energy, would no longer be transferred, since each point in it would ultimately have the same quantity of energy, and intellectual motion would, accordingly, cease. "

The Crying of Lot 49 (1965), likewise, traces the concept of entropy through the theoretical Maxwell's Demon device (the great historical challenge to the second law), and also extends the property and Demon to metaphorically control and inform the journey of Oedipa Mass, the novel’s protagonist. Pynchon's reader is said to travel an analogous odyssey to the protagonist, sorting information, flirting with chaos and circumnavigating truth. [8] A noted scholar of the thematic use of entropy in the the work of Pynchon is American literature theorist Lois Zamora. [21]

Slow Learner
In the Introduction to Slow Learner (1984), Pynchon states in commentary on his earlier work:

“After having been worked with in a restrained way for the next 70 or 80 years [after its first formulation in 1865 by Rudolf Clausius], entropy got picked up on by some communication theorists and given the cosmic moral twist it continues to enjoy in current usage.”

In the following oft-quoted passage, Pynchon explains how, as is the case for many if not most, he found difficulty in his attempts to understand the notion of entropy: [19]

“Since I wrote this story ["Entropy"] I have kept trying to understand entropy, but my grasp becomes less sure the more I read. I’ve been able to follow the OED definitions, and the way Isaac Asimov explains it, and even some of the math. By the qualities and quantities will not come together to form a unified notion in my head. It is cold comfort to find that Gibbs himself described entropy in written form as ‘far-fetched … obscure and difficult of comprehension’.”

The mention of Gibbs' view on entropy in this last quote, to note, is a biased truncation slanted in such a way towards Pynchon's outlook. The actual full 1873 quote by Gibbs is: [20]

“Any method involving the notion of entropy, the very existence of which depends on the second law of thermodynamics, will doubtless seem to many far-fetched, and may repel beginners as obscure and difficult of comprehension.”

In any event, in these works, Pynchon relates contemporary culture to an entropy heat death, suppositions latent questions such as: Can heat death be reverse?, among other subtleties. [18]

Impact
Followers of the works of Pynchon have raised him to almost a cult status. Writer Erik Ketzan, in 2004, noted that “a reader review of Gravity’s Rainbow at Amazon.com sums up the Pynchon cult by declaring: ‘GR is our new Bible, and Pynchon’s a zany Moses in America’. To these devoted literati, finally hearing Pynchon’s voice (The Simpsons, 2004) is comparable to Moses descending Mount Sinai.” Likewise, author Rick Moody commented in 2005 that the reading of Pynchon’s authorized bootleg edition of his early stories (Slow Learner, 1985) felt like a finding of the Rosetta Stone to his later works.

One possible explanation of this iconic status might be Pynchon’s fascination, in his writings, on entropy in relation to death and particularly his speculations on what sort of past-entropy life or after-life might exist beyond this demarcation of equilibrium (see: cessation thermodynamics); in that the philosophical question (see: philosophical thermodynamics) of "what happens to a person when they die", in the sense of the question of the continuity of movement in this life may relate to or connect to the movement of the universe in the long scheme of things, is the most wanting in explanation. [17]

Reclusiveness
Pynchon is notoriously elusive, camera shy, and very reclusive. There are, for instance, only a handful of images of him (shown adjacent). In 1963, according to one story, when Time sent a photographer to his house in Mexico City, he reportedly jumped out of the window and fled to a nearby town to avoid the interview and photograph. Supposedly, he has never given an interview, allowed himself to be photographed, or appeared on television; although some un-photographed interviews do seem to exist (such as a photograph of Gary Snyder in conversation with Pynchon (where only Snyder is shown)). [10]

In 2004, Pynchon came out of hiding and voiced a sketch of himself wearing a paper bag on his head in the the episode "Diatribe of a Mad Housewife" of the Simpsons. [11] In the short 30-second clip, Pynchon tells another new author (Marge Simpson): “here’s your quote: Thomas Pynchon loved this book, almost as much as he loves cameras” and then tries to sell himself on the street as a today only special to get an picture with a reclusive author.

In connection to other Nobel Prize laureates in thermodynamics, in recent years, Pynchon has frequently been cited as a contender and seems to be in the running for the Nobel prize in literature, likely having been already nominated many times, but not yet won (similar to Gilbert Lewis, nominated 35 times). Likewise, in November of 2004 Austrian playwright and novelist Elfriede Jelinek, winner of the 2004 Nobel Prize in literature (announced in October), commented, in an interview regarding her translations of Pynchon’s works, that: [15]

“Sure, I am fond of translating. But I wouldn’t translate Pynchon again. Not that I don’t consider him to be a genius. It’s a joke that he hasn’t got the Nobel Prize and I’ve got it. I do consider him as one the most important authors, far ahead of Philip Roth by the way. I cannot get the Nobel Prize if Pynchon hasn’t got it. That’s against the laws of nature. For the record, please.”

Likewise, in 2007 writer John Carvill commented that: “recently, it was suggested that the Nobel committee dare not award Thomas Pynchon the ‘big prize’, as they’re terrified he’ll turn them down.” [16]

Education
Pynchon graduate from high school in 1953, at the age of 16, where the caption under his school yearbook photo read: [4]

After graduation, Pynchon studied engineering physics at Cornell University, but at the end of his second year left to serve in the US Navy. In 1957, Pynchon returned to Cornell to pursue a degree in English, publishing several short stories while there, graduating in 1959 with a BA in English. In 1964, Pynchon applied to study mathematics as a graduate student at the University of California, Berkeley, but was turned down. [5]