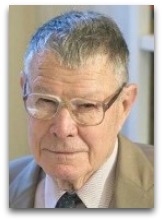 In existographies, Thomas Schelling (1921-2016) (CR:15) is an American economist noted, in social physics, for his racial segregation dynamics model, first described in his 1969 article “Models of Segregation”, in which he showed that a small micro preferences for one's neighbors, such as skin color or similar ethnicity, could lead to total segregation, as well as early work on physics-based tipping point theory applied sociologically.

To demonstrate this, Schelling used coins on graph paper to demonstrate his theory by placing pennies and nickels in different patterns on the "board" (society) and then moving them one by one if they were in an "unhappy" situation (socially uncomfortable position).

History
Polish physicist and sociophysicist Katarzyna Sznajd-Weron explains how, in interview, Schelling arrived at his checker board racial dynamics model while on a plane: [5]

This plane derivation resulted in Schilling's 1969 article “Models of Segregation”, in which he showed that a small micro preferences for one's neighbors, such as skin color or similar ethnicity, could lead to total segregation, followed by his more famous 1971 article “Dynamic Models of Segregation” (cited by 2126+), wherein he expands on his penny-nickel model of segregation, and appends an end section to Schelling what calls “neighborhood tipping”, an overview of the basic of a general theory of tipping or tipping points: [5] 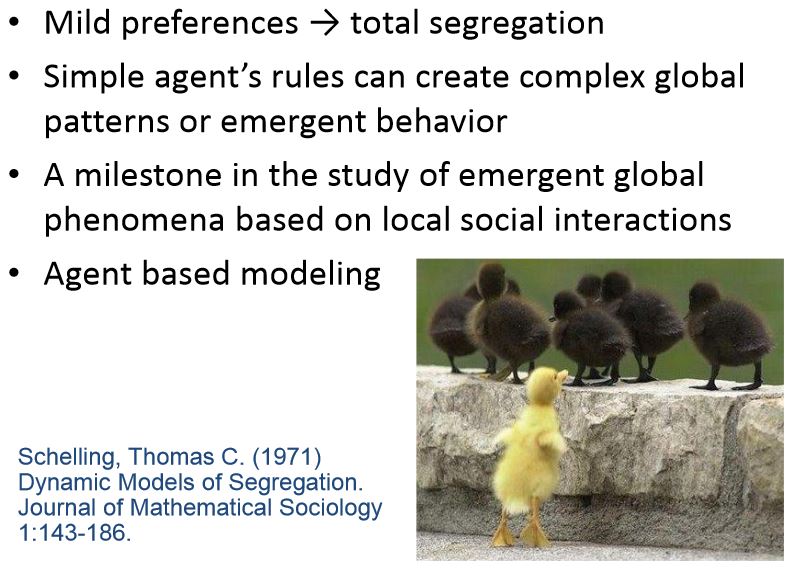 Schelling gives a history of the tipping point theory, tracing the term to the 1957 coining of American political economist Morton Grodzins. [2] Grodzins, supposedly, coined the term tipping point by analogy with the fact in physics that adding a small amount of weight to a balanced object can cause it to suddenly and completely topple. [3]


Schilling expands on these ideas graphically and introduces terms such as “tipping-in” and “in-tipping” points.

Schelling expanded on this racial dynamics model fully in his 1978 book Micromotives and Macrobehavior. [4]