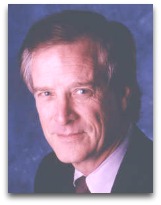 In existographies, Thomas Patrick Wallace (1935-) (SNE:3) (CR:89) is an American physical chemist noted for his 2009 book Wealth, Energy, and Human Values, particularly his appendix section “The Fundamentals of Thermodynamics Applied to Socioeconomics”, wherein he applies chemical thermodynamics to the modeling of the formation, operation, and decline of societies, in what he considers a ‘mechanistic-thermodynamic paradigm’.

Overview
The following is a truncated statement of Wallace's position:

represents the fundamental driving force in nature and determines whether physical and chemical processes conducted by nature and society will take place [and] the civilization development model [can be] represented by the following equation:

where P is the primitive phase, F the feudal phase, S the state phase, I the imperial phase,

The following is a representative view expressed by Wallace: [1]

Of curiosity, Wallace relegates these best parts of the book to the last ten pages, wherein he uses two equations, the first main principle and the Gibbs equation. In the bulk of the book, in contrast, Wallace sticks to mostly verbal arguments, giving many good quotes along the way, such as:

“Thermodynamics regulates society’s acquisition, refinement, and utilization of nature’s resources to provide the food and fuels necessary for the vital processes of human existence.”

Another good quote by Wallace is:

“A thermodynamic-based economic model identifies the dynamics that drive all human existence including the economic, social, and political activities of a society. Such a model must employ strict science-based definitions of national wealth, wealth-energy resources, and related financial and economic parameters and must not violate the laws of thermodynamics.”


Wallace’s supporting references, based on key term usage, seem to be Frederick Soddy, Joseph Tainter, Leslie White, Max Weber, Carl Neumann, Anson Rabinbach, and Pitirim Sorokin, respectively. [3] Overall, Wallace's theory of entropy-driven degrading cultures seems to be themed similar to the views of American historian Henry Adams, albeit he does not cite Adams, maybe possibly not having been aware of his work?

Mechanism
In the last chapter, The Mechanistic-thermodynamic Paradigm: a Unifying Perspective of Civilization, Wallace builds on the 1969 work of American political scientist Matthew Melko, who defines "transitional periods", reversions to original periods, etc., using transition mechanism diagrams, to describe the transitioning from a primitive society P to a feudal society F to a state society S to an imperial society, each with a transition phase, i.e. PT, FT, ST, IT, and possible reversion to original state side routes, indicated by side-route branches angled forward, an example of which is shown below: [5]

Melko defines this in terms of a pin ball machine:

“[The mechanism] is rather like a pin-ball machine. The ball, when shot, has a universe of possibilities … but as soon as it passes through the first slot on its downward curve, the possibilities are narrowed. Thus, having reached FC, it can no longer return to PC. But the machine also has rubber bumpers, so that the ball can reverse its course. Having reached slot SC, it can no longer return to PC, the initial ejection slot, which has been closed off by a one-way valve.”

Wallace modifies Melko's mechanism by adding in the side-step reaction mechanism step that the transition state, e.g. (PT)‡, may undergo ossification O, an Arnold Toynbee term meaning to "freeze at a crystal stage". Wallace also describes each step in terms of being types of double displacement reactions:

in which a change in conditions, e.g. stress, temperature, addition of reactants or products, etc., to the system will affect a change in the dynamic equilibrium of the reaction, according to Le Chatelier's principle.

Difficulties on theory
The book may have a certain religious tinge to it as the capitalization of the term 'Mother Nature', used on at least 32-pages, upwards of 3-5 times per page, is used ad nauseum. To compound this, the word 'God' is mentioned fourteen times and the word 'spirituality' is found prominently on the cover. It is difficult to pin down the reasoning behind this uncomfortable usage of "Mother Nature", but it may be indicative of some type of ambivalence in the author's mindset on the existence of God, as the laws of thermodynamics are in direct opposition to this view.