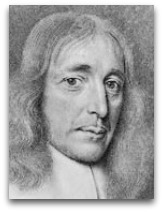 Overview
In 1664, Willis published Anatomy of the Brain (Cerebri anatome), illustrated by Christopher Wren, wherein the word “neurology” was coined.

In 1672, Willis, in his Two Discourses Concerning the Soul of Brutes, starting with the Lucretius and Pierre Gassendi, outlined a theory of a corporeal fiery soul extended throughout the bodies of animals and humans, while simultaneous insisting on the existence of a second higher rational soul in humans. [1]

Hooke
Willis was a teacher of Robert Hooke and his patron at Christ Church; Hooke, supposedly, had read his Anatomy of the Brain (1664), along with Rene Descartes' L'Homme (1633), prior to giving his 1682 "Memory, Association, and Time Perception" lecture on the subject of the soul. [3]

Quotes | Employed
The following are quotes employed by Willis:

“Who can easily comprehend that small thing … within the body of an elephant … that it should be able to agitate such a bulk, and to cause it to perform a swift and harmonious dance? But indeed, the same fiery nature of the soul, serves within the body by its own mobility, what a little flame of gunpowder does in a cannon: it not only drives the bullet with so much force, but also drives back the whole machine with so great strength.”