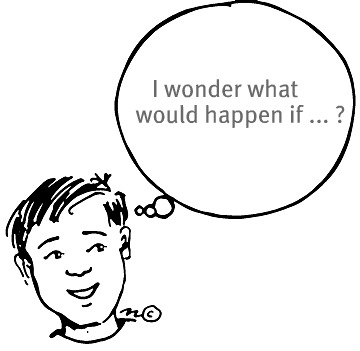 In experiments, thought experiment refers to any of various hypothetical or applied conceptualizations of possible processes or applications and the theoretical ramifications that follow. Often is the case that very simple thought experiments may lead to the development of entire libraries of new scientific branches.

Social chemistry experiment
An example of an outline of a ‘thought experiment’, concerning what would result if one was to apply basic chemist theory to social interactions, was given in 1962 by Austrian social economist Werner Stark in questioning why English biologist Thomas Huxley’s 1871 call for the development of the field of social chemistry has never actuated: [1]

“Why should no social chemistry ever been developed? Nobody would suggest that the social scientists should imitate meteorology, for this discipline does not appear to have got very far … but what about chemistry? A sociology based on chemistry [has] in fact been called for, but, significantly, [this call has] found no echo. It would have been easy to take up this suggestion and develop it further. An intending social chemist would have found it one whit more difficult to manufacture a sociological parallel to the Boyle-Charles law than Haret did to the Newtonian propositions. But the experiment appears never to have been tried. Why?”

Of note, in 1952 English C.G. Darwin did take up this call by devoting the first thirty pages of his book The Next Million Years to outlining the sociological parallel of Boyle's law, in which he considered a society to be a relatively closed system of human molecules governed by the laws of statistical mechanics, but Stark seems to have been unaware of this effort and it is certainly not 'easy' as Stark seems to think as evidenced by the fact that in 1910 American historian Henry Adams, after struggling with this type of application for some fifty years (e.g. commenting to his wife in 1885: “social chemistry—the mutual attraction of equivalent human molecules—is a science yet to be created, for the fact is my daily study and only satisfaction in life”), concluded in the end, after writing several books on this subject, that the solution would "require the aid of another Newton."

Famous experiments
Some other famous thought experiments in chemistry and thermodynamics are listed below.