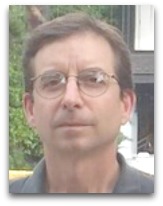 “A struggling scientist [Caleb] is confronted with danger on all sides: Obsession with a bicycle-crazed woman [Zenia], entanglement in unspeakable product development, and transfixion over a sentient machine’s search for the thermodynamic meaning of life. This novel is set in 1996 in Oakland, California, and in the backcountry of the Sierra Nevada. For our hero and his friends, the problems are legion, but one all-encompassing solution may be at hand. Originally printed in 1999, this book was shockingly overlooked by mainstream publishing. It nonetheless developed a cult following among thermodynamics enthusiasts and eco-terrorist types. For the current edition, based on extensive reader feedback, 25,000 words of bullsh*t have been removed. What remains is crystalline clarity for this heartfelt story and its staggering philosophical conclusions.”

The book opens to Caleb, an “electrochemist at HAK Research, an engineering firm specializing in aircraft systems”, and Zenia, a woman who he bicycles around the mountains with. It makes reference to things such as “In the Beginning” (see: Genesis), and the “best of both possible worlds”, i.e. Gottfried Leibniz philosophy.

The aim of this novel, as Kueper says in his about author section, is to “leverage his formal thermodynamics training, PhD from Berkeley in materials science, to illustrate the moral functioning of the world”; the abstract is as follows: [1]

“A sentient machine formulates the six laws of motive power, which explain the link between thermodynamics and the root of religion. Challenged with intractable humans and other dangerous forms of intelligence, he attempts to take shelter in monkhood, seeking humility within civilization’s relentless march toward the sublime. Set in the very near future, this novel examines our familiar human world as viewed by an outsider. Nicolas approaches that world as a machine and as a monk, but is soon called upon to help three new associates: A professor who is analyzing the source of religion, an imprisoned polygamous cult leader, and a female machine who envisions a future society of artificial floating islands. The resulting action illustrates the laws of motive power in operation. This book does not advocate any major religion, nor would it alienate most atheists. It asks for no belief save in the idea that thermodynamics might be a key to finding god: Divine sanction and sacred mystery can be had without abandoning the natural patterns of the world.”

Here, firstly, we note that the idea of "thermodynamics being the key to finding god", is reminiscent of the Atenism religion of Akhenaten (c.1350BC), where the sun was called the god Aten, and all other previous religious models were discarded, in place of proto natural science models, which was said to have bordered on atheism.

The book opens to a Cicero-like dialogue, between the Nicolas, possibly a play on Nicolaus Copernicus [?], the protagonist, presumably the author, a machine-like monk man, auto-characterized as a “practicing monk”, who has just made a carrier and relationship change, who has his own theory of “world energetics”, and a professor C. Water, a European history specialist working on the “evolution of religion”, on the historical religio-theories of moral order:

“Well, here's my problem: It's about the roots of religion, the very beginning. I want to discuss where it comes from, and I want ideas that fit with science, not just pure theology. I've been trying to discuss this topic with sociologists, and we just kind of go in circles. I can tell you all about that frustration if you want. But recently it dawned on me that I might just be asking the wrong people. Maybe this question I have is not really a social question. Maybe what I'm looking for has a more physical, or even chemical explanation. I don't know. But I want to see if someone from a technical field like that can help figure it out. Not that I'm necessarily going to understand everything you say. But who knows, maybe something will click. So anyway, I wanted to talk to someone with a solid background in the hard sciences, but someone who's also gone and taken some kind of deep dive into religion.”

The professor, then goes onto say that she is looking for a universal principle of truth and order, rooted in a ‘more fundamental physical thing’, giving the following examples from religion:

“Historically, there have been many religions that each had their own name for what normally translates as truth or order. The ancient Egyptians called it Ma'at. The Hindus called it Arta, while the Zoroastrians called it Asha. Some of the Chinese called it Tao, and in the Hellenistic world, it was Logos. Don't they all seem kind of the same to you?”

Nicolaus says he knows what she is talking about, and says her query topic is aiming at the ‘heart of his world’. She continues:

“What goes on in the world, that leads people to these ideas, over and over again? The social scientists can't answer me. They seem to run out of gas after they talk about things like ‘group cohesiveness’, or maybe the ‘admixture of dream and reality’. These social explanations for the religious impulse never sound quite right to me. I feel like this is not something caused by society, or even by mind. This is prior to those things. This was there in the beginning.”

“I know exactly what you mean.”

“Well, good, because I was hoping that somebody, some scientist, might have a way to shed some light.”

“What I can tell you, is that there is an actual physical effect that is always operating in the world, but is almost never understood. And it is, in my opinion, the root of all religion.”

“You mean there's something like a life-force that's real?”

“Well, one really shouldn't call it a force. It's more accurately an effect of kinetics.”

“Those sound like they could be the same to me?”

“In scientific terms, forces can push things around. This kinetic effect [see: kinetic factor] is a little more subtle. It has to do with relative rates of change, and its results become evident over time, and progressively. It's more like evolution. Which, by the way, is also an effect of kinetics.”

“The [godhead] is not divine nature or substance but the consuming poignancy of purity, which man is able to approach only with similar purity. For, since all being is consumed in it as in a fire, so it is necessarily unapproachable for everyone who is still enveloped in being.”


Nicolas interjects on this as follows:

“In my view, one's attitude toward being is a key area of confusion for most religion. The idea of ‘one's being going up in flames’ is the part I wanted you to hear. But I won't argue that point at this time. I just want this much to be clear: There is a source of progress, an order, which is hidden, and some special effort is required to gain awareness of this order. Over the ages, those select few who have found it, who have reached enlightenment, have done so by letting go of their normal worldly concerns; they have withdrawn, at least temporarily, from all that is other than god.”

All this is pretty good dialogue, up to this point, i.e. very few modern people can engage in thermodynamics, philosophy, and religion. The only downside, is Kueper's seeming underlying conjecture, at this point, namely that force, kinetics, and some type of energy of thermodynamics, e.g. free energy change behind combustion, e.g. as in one’s being consumed in purposeful social combustion, as being "god", the work of god, or a god head.

The idea of trying to sell god as the force, energy, work, or power or thermodynamics, historically, to note, has long been tried, e.g. Joule (1843), Thomson (c.1890), Rossini (1971), Beg (1987), de Lange (1997), etc., but played out as fallacious (see: religious thermodynamics), and is an attempt that belies ignorance in works of the top 150+ religio-mythology scholars, of history, who have painstakingly debunked god and gods as but anthropomorphized notions of geo-astronomical patterns (see: god character rescripts), movements, and phenomena. The case in point, in the above dialogue, being the Buddhism “practicing monk” model, of freeing one’s being, originated in the Egyptian aim of getting onto Ra’s cyclically re-occurring solar barque, so to achieve samsara, release, or something along these lines (see: astro-theology).

Other
Kueper is also at work on a memoir based on 50,000 miles of loaded bicycle touring on three continents.

Education
Kueper, in 1989, completed his MS in materials science engineering, with a thesis on “Electrocladding of Ceramic Superconductors” (Ѻ), and in 1992, completed his PhD in materials science engineering, with a dissertation on “Sol-gel Ceramic Electrolyte Films on Porous Substances” (Ѻ), both at the at the University of California, Berkeley. He then did five years of post-doctoral research at Argonne National Laboratory, from 1992 to 1997, wherein he performed solid oxide fuel cell research and design improvement. [2] Kueper then worked as a Silicon Valley engineer, specifically at Novellus Systems as a process engineer, from 1999 to 2007, then at MiaSole, as a senior scientist, which is where he currently works.