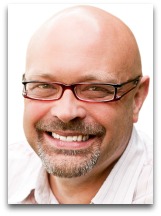 In existographies, Timothy Freke (c.1961-) is an English new age type of religio-mythologist noted for his 1999 to present work, with Peter Gandy, on the Christ myth theory.

Overview
In 2012, Freke, in the documentary film Caesar's Messiah: The Roman Conspiracy to Invent Jesus, who was one of the featured scholars, along with Dorothy Murdock, among others, arguing that Jesus, who was a Pagan-based, mostly-Egyptian, mythological morph character. [1]

“The Christian myth of the 'return' is a powerful allegory designed to guide us through the stages of initiation which lead to Gnosis. It was created by synthesizing the Jewish myth of Exodus with Pagan myths of the dying and resurrecting Godman Osiris-Dionysus. Originally a simple and abstract myth, it was revised and embellished over the course of the first and second centuries CE to become the most influential myth ever created: the Jesus story.”