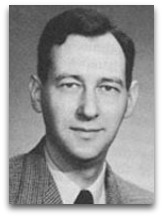 Overview
In 1947, Koopmans made efforts to outline a science of “economic dynamics”, wherein people are considered the “molecules” of economic life: [2]

“While it was long possible and sometimes tempting for physicists to deny the usefulness of the molecular hypothesis, we economists have the good luck of being some of the ‘molecules’ of economic life ourselves, and of having the possibility through human contacts to study the behavior of other ‘molecules’.”

Koopmans is also noted for his efforts to understand how thermodynamics, particularly entropy, applies in economics to these molecules of economics, as he calls them, as is exemplified by the following famous and very-forth coming, 1979 entropy quote, which brings to light the great divide that exists between the different departments of modern knowledge, particular when it comes to efforts to make understand thermodynamics crossovers (see: soft science assistance): [7]

“If we will be more forthcoming with explanations of our cherished terms, our science colleagues may be more inclined to help us with ‘entropy’, which to me is a more difficult concept than anything economics has to offer.”

Koopmans is also noted for his Koopmans' theorem, concerning orbital energies in atoms and molecules, and was co-recipient of the 1975 Nobel Prize in economics. [9]

People | Molecules of economic life
The quote stating that people are molecules, or specifically the molecules of economic life, which, to note, is similar to Leon Walrus idea that people are “economic molecules”, arose during the five-year “Measurement Without Theory” debate, between Koopmans and American economist Rutledge Vining (1908-1999), with commentary by M. Hastay. [3] The quote is often cited as having been made by Koopmans in 1947 on page 220 of one of his published articles that year. [4] It is remains to be determined, however, which exact article this quote occurred. [5] The quote is found in the 1949 discussions between Koopmans and Vining. [6]

In 1992, Koopmans quote catapulted to fame when it became the opening quote to American philosopher Alan Nelson’s 1992 chapter “Human Molecules”, after which the idea seems to have emerged, that Koopmans coined the term “human molecule” in economics, which is only partially true. The 2009 Oxford Handbook of Philosophical Economics, for instance, defines the term “human molecule” as an ontologically distinct individual and states that the term human molecules is “Tjalling Koopmans’ evocative coinage”. [1] The actual first person to coin the term human molecule, thus far determined, however, is French philosopher Jean Sales in 1789.

Koopmans’ theorem
In chemistry, Koopmans is known for his 1934 postulate that the energy required to remove an electron from an atom or a molecule, is equal to minus the orbital energy of the electron that is removed, a statement known as “Koopmans’ theorem”. [8]