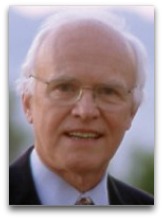 In hmolscience, Tom DeMarco (1940-) is an American business consultant noted, in business thermodynamics, for his 1999 Peopleware, coauthored with Timothy Lister, in which they present a few physics and thermodynamic analogy models of businesses.

Overview
In 1999, DeMarco co-authored Peopleware, with Timothy Lister, in which they use science analogies to speculate on how project teams operate or jell, e.g. people acting as catalysts (human catalyst), the modeling of travelling consultants who operate out of their homes, acting as “free electrons” (human particles), or terms such as “corporate entropy”, referring to red tape and disorganization in larger in companies. [1]

Corporate entropy
DeMarco and Lister devote a small half-page section entitled “Corporate Entropy” to entropy in business, wherein they define corporate entropy as “levelness or sameness”, such that “the more it increases, the less potential there is to generate energy or do work. In corporations, they state that entropy can be thought of as uniformity of attitude, appearance, and thought process.

Second thermodynamic law of management
On the basis that corporate entropy exists, they posit what they call a second thermodynamic law of management: entropy is always increasing in the organization. The state that this posited law is justified on the basis that just as entropy in the universe is always increasing, so too is corporate entropy always on the rise.

They state that corporate entropy is the reason why elderly institutions are tighter and a lot less fun than sprightly young companies. In application, they state that on the global scale, there is not much one can do in a company to change entropy, but that in one’s domain, one must “fight” entropy increase. The most successful manager, according to DeMarco and Lister, is the one “who shakes up local entropy to bring in the right people and let them be themselves, even though they may deviate from the corporate norm.

Education
DeMarco completed his BS in electrical engineering at Cornell University and MS at Columbia University.