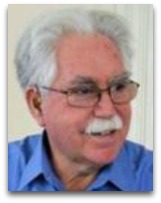 In science, Tom Shachtman (1942-) is an American writer and science historian noted for his 1999 Absolute Zero and the Quest for Absolute Cold, being a rather cogent and learned treatise on the history of temperature and thermodynamics with details on rare subjects such as Thomson’s search for Carnot’s Reflections, discussions on Robert Boyle, Robert Hooke, and Robert Mayer, among others. [1]

Origin of book
Shachtman, author of over three dozen published books, explains the origin of his low-temperature research book as follows: [2]

“Curiosity is not merely inquisitiveness but an attempt to amass knowledge in order to reach better understanding. That came home to me, twice, as I researched and wrote a book about the history of low-temperature physics – a field that had been neglected even in the mid-17th century, when Robert Boyle did some pioneering experiments and lamented that research into what makes things cold was not a hot subject. I wanted to begin the narrative with an alchemist’s attempt to air-condition Westminster Abbey in 1620; there were no records of how it was done, but, curious, I found enough hints in contemporary chemistry, hydraulics, and engineering to reconstruct the deed.

The book’s central battle, which recounts the attempts of rivals James Dewar in London and Heike Kammerlingh Onnes in Leiden to reach down the temperature scale very close to “absolute zero,” took place at the turn of the 20th century. (Onnes would be awarded the Nobel in physics in 1913 for winning the “race.”) The two scientists were known to have corresponded, but whether the letters had survived was an open question. My curiosity led me, after quite a search, to the library of the Boerhaave Museum in Leiden, where Onnes’ original apparatus is displayed. His letters were not properly catalogued, but I persevered and found the ones to and from Dewar. As I had sensed they would, the letters provided new insight into two fascinating scientific egos, and I quoted them in the book, to good effect.

When low-temperature expert Dr. Russ Donnelly of the University of Oregon, whom I had asked to review the manuscript prior to publication, read these sections, which told him things about his field’s history that he hadn’t known before, he came on board as the book’s science advisor. Then, with Russ as principal investigator, we obtained a princely grant from the National Science Foundation, and another from the Alfred P. Sloan Foundation, to underwrite a two-hour documentary based on my book, Absolute Zero and the Conquest of Cold. The program was broadcast in 2008 on PBS, on the BBC, and on French and German television.”

“[Carnot’s Reflections is] the most original work ever written in the physical sciences, with a core of abstraction comparable to the best of Galileo”