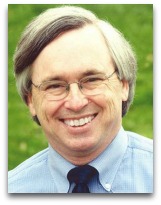 In hmolscience, Tom Siegfried (1950-) is an American science writer noted for his 2006 A Beautiful Math, generally focused on devoting a certain amount of effort to stitching thermodynamic connections between the work of John Nash, John Neumann, and Oskar Morgenstern, with sections such as “Taking Society’s Temperature” (see: social temperature; economic temperature), and discussions of economic equilibrium in chemical equilibrium terms. [1]

Humans ≠ molecules | Theory difficulties
A salient aspect of Siegfried's book is his early seemingly advocation of the humans = molecules or human molecular approach, as exemplified by the following statements:

“Put enough people together and the laws of human interaction will produce predictable patterns—just as the interactions and motion of molecules determine the temperature and pressure of a gas. Describing people as though they were molecules is just what many physicists are doing today—in effect, they’re taking the temperature of society.”

“One of the best ways to take that temperature, it turns out, is to view society in terms of networks. In much the same way that ‘temperature’ captures an essential property of a jumble of gas molecules, network math quantifies how ‘connected’ the members of a social group are.”

These statements, to note, are mostly in reference to Isaac Asimov's fictional kinetic theory of gases based "psychohistory" theory of the character Hari Seldon of his Foundation Series. Later, however, Siegfried seems to turn the tables, namely to advocate a humans ≠ molecules stance: [1]

“People do not all behave alike. Some players prefer to cooperate while others choose to defect, and some show a stronger desire than others to inflict punishment. A [theory] of nature must accommodate a mixture of individually different behavioral tendencies. The human race plays a mixed strategy in the game of life. People are not molecules, all alike and behaving differently only because of random interactions.”

Here, Siegfried seems to two areas of objection, in human molecular theory, namely the so-called "individuality" issue, which many newcomers seem to rankle with, namely the inference of the concept of a "human molecule" that people are all identical molecules, like H20. Second, the "random interactions" objection could be issues with the Brownian motion model of humans, the blind random chance theory of evolution, or other issues.

MaxEnt + Shannon | Theory difficulties
A quick to note "difficulty on theory" in Siegfried's game theory of everything argument, is his opening statement that he gleaned his notion that sociology and economics can be explained via game theory + statistical mechanics from American physicist David Wolpert's 2004 paper “Information Theory: the Bridge Connecting Bounded Rational Game Theory and Statistical Physics”, in which Shannon information theory (see: Shannon bandwagon) and MaxEnt school formulations are employed as the basis of arguments, which are both historically well-established yellow brick road Sokal affair stylized dead ends.

Siegfried, to note, footnotes this statement with the following:

“As one reviewer pointed out, it is not necessarily true that all economic systems converge to equilibrium, and that in some cases a chaotic physical system might be a better analogy than a chemical equilibrium system.”

The reviewer in question here seemingly would be Steven Strogatz, quoted on the back cover of Siegfried’s book, whose 1994 Nonlinear Dynamics and Chaos: with Applications to Physics, Biology, Chemistry, and Engineering argues that chaos theory has application to population biology. [6]

Siegfried then follows his "an economy should reach Nash equilibrium dictated game theory" assertion with:

“Real life isn’t quite that simple, of course. There are usually complicating factors. A bulldozer can push the rock back up the hill; you can add chemicals to spark a new chemistry in a batch of molecules. When people are involved, all sorts of new sources of unpredictability complicate the game theory playing field. Imagine how much trickier chemistry would be if molecules could think.”

Siegfried, in a footnote, attributes this statement, supposedly the “imagine if molecules could think” sentence, to physicist Murray Gell-Mann, whom he says made this observation in a slightly different form.

In any event, Siegfried here, in sum, seems to be equating utility maximization with free energy minimization:

Here, also, to note, we are reminded of the 1935 work of American physiologist Lawrence Henderson, who via Willard Gibbs + Vilfredo Pareto, outlined a similar type of chemical economic equilibrium argument. [2]

Chemical teleology
One point to note, regarding people "seeking" to maximize utility, however, is that while Siegfried's connection between the two types of equilibrium models is cogent, we must be careful not to anthropomorphize chemistry, such as by making chemical teleology arguments, so to attempt to justify preconceived models of human ideals. The following is another chemically teleology slanted statement by Siegfried: [1]

“What about chemistry and physics? At first glance there doesn’t seem to be any struggle for survival among molecules [see also: Robert Pirsig, 1991] engaged in chemical reactions. But in a way there is, and the connections between game theory and statistical mechanics promise to reveal ways in which game theory still applies. Reacting molecules, for instance, always seek a stable condition, in which their energy is at a minimum. The ‘desire’ for minimum energy in molecules is not so different from the ‘desire’ for maximum fitness in organisms.”

The following, to clarify, are Mexican-born American chemist Vicente Talanquer's 2013 ripe warnings about the use chemical teleology, e.g. use of term such as "seek" or "desire", in chemistry education: [3]

“The second law only describes the characteristics of the final state attained by an isolated system that undergoes a process. The law states that the entropy increases during the process and reaches the maximum value possible given the existing constraints. The law DOES NOT state that the system "has a tendency", "seeks to", "desires to", or "wants to" achieve such a state. However, in educational talk it is common to express the law as if there was intentionality in how the system changes.”

The gist of Talanquer's counsel seems to be that one is advised to side with Gibbs over Aristotle in matters and descriptions of human nature. Some of Talanquer's anti-teleology positions, however, are a matter of debate, e.g. his position that there is no "drive" in chemical reactions and processes, which would seem to directly go against the views of Gilbert Lewis (1923); hence it is also wise to take Talanquer's counsel with a grain of salt. [N1]

Education
Siegfried completed his undergraduate work in journalism, chemistry, and history at Texas Christian University, and his MA in journalism, with minor in physics, at University of Texas, Austin, after which he became editor in chief of Science News and a free-lance science journalist. [4]

Quotes
The following are noted quotes from Siegfried’s book:

“Could not mind, as well as mindless motion, have an underlying order.”