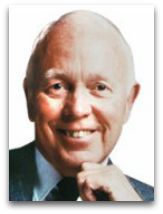 In existographies, Tony Buzan (1942-) (CR:31) is an English accelerated learning expert noted for his 1994 Book of Genius, co-written with English grand chess master Raymond Keene, in which he gives a formulaic IQ ranking of the said-to-be greatest 100 geniuses to have ever lived. [1] Buzan has also written on concepts such as "genius quotient (GQ)" and outlined the principle of goethendipity.

Overview
Buzan IQs are those determined by English accelerated-learning expert Tony Buzan and English chess grandmaster Raymond Keene in 1994, using a method independent to that of Cox, in which they scored the top 100 leading minds on an 835-point scale (GS=Genius Score): dominance in the field (100), active longevity (100), polymath (100), versatility (100), strength and energy (100), IQ (100), ongoing influence (100), prolificness and achievement of prime goal (100), universality of vision (15), outstanding originality (10), deliberate desire to create teaching avenues or academies to further the genius’ ideas (10). [1]

200+ range geniuses
In their top 100 genius list, Buzan and Keene assigned four geniuses with a 200 or above range IQ (below right) which corroborates well with American psychologist Catherine Cox's 1926 listing of the IQs of 300 geniuses, who also found four individuals in the 200-range:

In short, both Cox (and here team) and Buzan (along with Keene) have, independently, determined or arrived at the conclusion that German polymath Johann Goethe (the core theory developer among the 500+ Hmoledia biographies) is likely to have been the smartest person to have ever lived.

Top 1000 geniuses
On 24 Oct 2011, the Cox genius list was merged into the Buzan genius list to create the work in progress Hmolpedia meta-analysis “Genius IQs” table, currently at 430+ geniuses—a listing aiming to reach the top 1000 geniuses of all time.