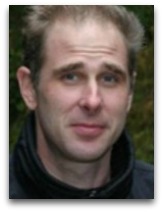 In hmolscience, Toralf Zschau (c.1975-) is a German-born American biologist and sociologist noted, in sociological thermodynamics, for his 2010 PhD dissertation, which claims to be on complexity, Weberian elective affinities, and thermodynamics, but rather is comprised of vacuous psychobabble without any real content.

Overview
In 2010, Zschau finished his PhD dissertation “The Authoritarian Cosmos: Complexity, Elective Affinities, and the ‘Thermodynamics’ of Self”, in which, building on German sociologist Max Weber’s interpretation of elective affinities, along with other frameworks, such as Immanuel Kant, Erich Fromm, Wilhelm Reich, and Abraham Maslow, he outlines an ecological framework for tackling authoritarian phenomena, as are often typified by Orwellian dystopias where blind automatons are coaxed into states of existence of pseudo-happiness. [1]

Elective affinities
In Zschau’s model, he states that he recruits German sociologist Max Weber’s concept of social elective affinities (which itself is a modified metaphorical borrowing of German polymath Johann Goethe's 1809 human chemical reaction version of human chemical affinities) and transforms it into more than a sensitizing device: a theoretical rationale that – at least in its misty silhouettes – can provide a potential mechanism behind these “affinities”. In this extrapolated metaphorical sense, there does not seem to be anything "chemical" in Zschau's thesis, but rather the term "elective affinity" seems to be employed as more of a social-psychological linguistic device.

Thermodynamics
In spite of the fact that the word ‘thermodynamics’ is used predominantly in the title of the dissertation, in the actual 355-pages of the dissertation, neither the terms energy, nor entropy are used, and the term ‘thermodynamics’ is used only once in the body of the text, referring to the "ideational thermodynamics of the self", whatever that means, and once as the subtitle of the diagram shown below, referred to as the "model core: thermodynamics of the VBS-based self", the term VBS referring to "value belief systems". All in all, the use of the term “thermodynamics” in this article seems to be a rather overdone extrapolation of American sociologist Rebecca Erickson’s 1995 usage of the term “thermostat” in the context of the sociology of emotions. [2]

Education
Zschau completed some type of electrical engineering and or electronics vocational training degree in 1988 at Betriebsschule Paul Schwareze, Dresden, Germany, a BS in biology at the University of Idaho in 1997, a MS in plant biology in 1999 at Arizona State University, and a PhD in sociology, with a thesis on “The Authoritarian Cosmos: Complexity, Elective Affinities, and the ‘Thermodynamics’ of Self”, under advisor Riley Dunlap, at Oklahoma State University in 2010. [3]