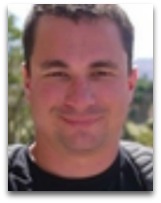 In existographies, Travis Derouin (c.1975-) (CR:3) is a Canadian computer programmer and website engineer noted for his 2013 to present work on running the WikiFoundry architecture and server platform that hosts Hmolpedia.

Overview
In 2005, Derouin joined on as an engineer with newly-launched WikiHow (Ѻ) website, founded by Jack Herrick, where he was responsible for several of the Mediawiki add-on features and for building the website's architecture; remaining there until 2011. [1]

Wetpaint
In late 2005 early 2006, Wetpaint wikis were launched by Ben Elowitz (Ѻ), an American computer programmer, who previously, after completing a BS in applied mathematics (1994) and BS in electrical engineering and computer science (1994), at University of California, Berkeley, had been a consultant for eHarmony (2002), among other sites, e.g. he co-founded the 2004-launched jewelry website Blue Nile (Ѻ). Wetpaint was funded with $40M, through a series A, B, and C stage investments (2005-2007). In a post-launch interview with Stewart Mader, Elowitz described the “idea” origin for Wetpaint wikis as a means to help a friend find public-made information and tips about cancer, which he describes as follows: [2]

“Stewart Madar: that’s good to hear. How did Wetpaint start (or Wikisphere when it first started)?

Elowitz: Not all that long ago, a friend of ours was diagnosed with cancer. After the initial shock wore off, he did what most people do when they get bad medical news: He went online. What he found were lots of facts, but not what he was looking for. He wanted to know how people who had the same condition were dealing with the emotional blow. What tricks did they know about working around the symptoms? Who were the best doctors? What’s the stuff they don’t tell you at the clinics? Sitting helplessly on the sidelines of our friend’s dilemma, it dawned on us: Why not come up with a way to harness the collective thinking of people with first-hand knowledge on subjects like health, jobs, world events, or hobbies? Then, instead of relying on so-called experts, real people with real experience would become the experts. We were convinced then, and even more certain today, that, if you put thousands of heads together to solve a problem, give advice, or share a point of view, the results are always truly astonishing.

Elowitz: So what’s the best way to bring those minds together? Wikis are great, because they allow readers to become writers, editors, and fact-checkers. The only problem was, wikis haven’t been especially easy to use. And that’s why we started Wetpaint.”

In 2007, Wetpaint was named one of Time Magazine’s 50 Best Websites. In 2009, ad revenue dynamics began to change, and Wetpaint laid off 15 of their 56 employees. In 2010, the wikifarm was partitioned off into the WetpaintCentral.com domain and the main page Wetpaint.com was rebranded into a new online TV fan destination site. [3]

WikiFoundry
In Sep 2013, Derouin purchased the wikifarm portion of Wetpaint, which had begun to atrophy, owing to lack of maintenance, was purchased by Derouin, and rebranded it as “WikiFoundry”, and began to upgrade and rebuild the original code, get better and more powerful servers, etc., thereby making the wiki functional again. [4]

In Mar 2016, Derouin was working to move the platform of WikiFoundry to bigger more powerful servers and to re-write a big portion of the original Wetpaint code, which is out of date.