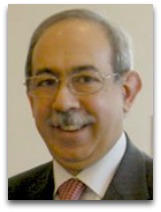 In hmolscience, Tullio Scrimali (1952-) is an Italian psychiatrist noted, in psychological thermodynamics, for his 2006 Entropy of Mind, wherein he outlines a melting pot theory stylized model of the mind according to which he argues that the expulsion of Adam and Eve from Garden of Eden, for eating the forbidden fruit, resulted not in the awareness of physical pain, but what he terms “entropy of mind” or the “terrible apophany which shatters existence as human beings, driving people into an unbearable dimension”, which he equates with schizophrenia; along the way using information theory, aka the Shannon bandwagon, to argue that the "mind is not subject to the second law of thermodynamics."

Overview
In 2006, Scrimali, in his Entropy of Mind and Negative Entropy, employs a melting pot mixture of complexity theory, Prigoginean thermodynamics, dissipative structures, information theory (although he doesn't mention Shannon), chaos theory, systems theory, cybernetics, among others, to explain schizophrenia. The following is a representative quote: [1]

“Based on the second principle of thermodynamics, our bodies and brains are constantly subjected to an increase in entropy that causes the molecules and atoms that form them to become disorganized.”

Strangely, in spite of the dominate use of thermodynamics (entropy and negative entropy) in the title of his book, Scrimali only cites psychodynamic pioneer Austrian psychologist Sigmund Freud marginally on two pages, with no mention of his connection to thermodynamics, and fails to mention Swiss psychiatrist Carl Jung at all, who of course is the pioneer of the use of psychological entropy concepts?

In this work, Scrimali seems to use a new term “phrenentropy”, which he defines as a synonym for "entropy of mind"; a combination of phren- (φρήν, φρεν-; "mind") and -entropy ("thermal content + disgregation").

Difficulties on theory
A few difficulties on Scrimali’s theory are firstly his elementary understanding of thermodynamics, second his understanding that humans are self-organizing systems (where the prefix “self-” equates to biological perpetual motion), and to his supposition that although the brain itself may be subject to the second law, that the mind it not. In his own words:

“But the mind no; the mind is not subject to the second law of thermodynamics, the mind is constituted by information and as long as its physical support survives, it develops without stopping, it organizes, evolves, becomes articulated, and grows stronger.”

Education
Scrimali is currently a professor of clinical psychology at the University of Catania, Italy.