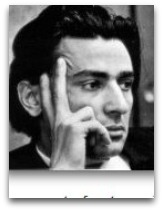 In human thermodynamics, Valery Chalidze (1932-) is Russian-born American mathematician and physicist noted for his 2000 Entropy Demystified, wherein he argues that economic processes are entropy lowering processes, but that human will is a type of "informed energy" that allows people to deviate from the proscriptions of physical laws.

Overview
In 2000, Chalidze, in his Entropy Demystified: Potential Order, Life and Money, attempted to extrapolate entropy into the social sciences, on the logic that money is a purely energetic and low-entropic component of an economy. On the basis of Romanian mathematician Nicholas Georgescu-Roegen (1971) and German economist Malte Faber (1983), who are said to have introduced the concept of entropy into economics and sociology, Chalidze argues that an economic system is a thermodynamic system. He states, as a matter-of-fact, that:

“After all, human activity, which is the subject of economic study, is a local entropy lowering process.”

Chalidze’s focal point is his concept of “potential order” defined as the ability of an open system to become orderly or to create order in another system. [2]

At the end of his book, Chalidze scripted a section entitled “In Conclusion: The Unpredictability of Will and Physics”, in which he argues that someday physics may be able to accept “willing bodies into it sphere of study.” [3] This section, as is the case often when writers attempt to argue that thermodynamics explains human existence, while simultaneously retaining the proposition of free will, is a sinker of the book. He states, for instance:

“Our will, which is informed energy, is capable of deviating from the prescriptions of physical laws.”

This, of course, is an incorrect view. The human being is a molecule (human molecule) and all molecules abide by the same laws.

Difficulties on theory
The book, in general, is poorly written, as far as books go in human thermodynamics. Without going into too much detail, to give an idea of this, both Jeremy Rifkin and Claude Shannon are cited early on, names are misspelled numerous times, e.g. Laplas (correct: Laplace) or Ludvic Boltzman (correct: Ludwig Boltzmann), special anthropomorphic concepts, such as informed energy, are attributed to human activity, and diatribe on God and religious thermodynamics are used prolifically, e.g. "from the first words of the Bible we see a deep intuitive understanding of the law of entropy", among other numerous issues.

Education
Chalidze studied at Moscow and Tbilisi University, completing his PhD in physics in circa 1960. [1] In 1972, he traveled at the invitation of the United States to lecture, and almost immediately was deprived of his Soviet citizenship; thereafter settling in the state of Vermont, where he currently resides.