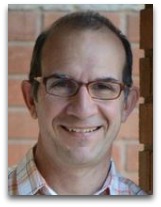 In human chemistry, Vicente Talanquer (c.1963-) is a Mexican-born American chemist noted for []

Overview
In 2007, Talanquer, in his “Explanations and Teleology in Chemistry Education”, summarized how he had completed a study of eight leading US general chemistry textbooks, wherein he systematically looked for instances of chemical teleology. [1]

“Chemistry students and teachers often explain the chemical reactivity of atoms, molecules, and chemical substances in terms of purposes or needs (e.g., atoms want or need to gain, lose, or share electrons in order to become more stable). These teleological explanations seem to have pedagogical value as they help students understand and use abstract chemical models. They may, however, become a roadblock in developing mechanistic understandings of the structure and properties of chemical systems. I explore the explanatory preferences of college students with different levels of training in chemistry to determine the extent to which they prefer teleological explanations over causal explanations. Major results revealed a strong preference at all the targeted educational levels for explanations that invoke intentionality as a driver for chemical reactivity.”

Talanquer, in his article, showed the results of a multiple choice test he gave to students wherein they were given a choice between teleological-slanted answers and causal-slated answers; one simple example of which is shown below: [3]

Second law | Le Chatelier principle
While some of Talanquer's discussion is food for thought, when he gets into the second law, and the driving force of reactions, he seems to be digressing into an in-correct murky water of terminological assertion; the following being one example:

‘If a chemical system is at equilibrium and we add a substance (either a reactant or a product), the reaction will shift so as to reestablish equilibrium by consuming part of the added substance.’

This statement about Le Chatelier’s principle is teleological because it seems to imply that the change in the system is driven by the system’s goal or intention to reestablish equilibrium. In general, such teleological explanations tend to be linked to the existence of a principle or law (e.g., the second law of thermodynamics) that explicitly or implicitly implies the minimization or maximization of some intrinsic property (e.g., minimization of energy, maximization of entropy). This law or principle tends to provide a sense of preferred direction in the evolution of a transformation. In these contexts, explanations built in terms of purposes or desires reduce complex emergent processes into simpler directed events.”

Education
Talanquer completed his BS, thesis: “Simple Model for Electrolyte” (1985), MS, thesis: Sublattice Ordered Phases of the Griffith’s Three Component Model (1987), and PhD, thesis “Bulk and Interfacial Properties of Reacting and Associating Systems” (1992), all in chemistry at the National Autonomous University of Mexico, notably graduating first in his class in all three degrees. Since 2000, he has been a chemistry professor at the University of Arizona, with focus on theories of chemistry education.

Quotes
The following are example quotes:

“If we state, e.g., ‘sodium atoms lose one electron to become more stable’, we are building a teleological explanation because we are using the consequences of an event (to become more stable) to explain why the event (loss of an electron) happened. In these types of explanations, entities are portrayed as having purposes or desires, acting to attain certain needs or to fulﬁll some function.”