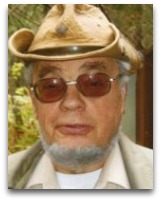 In human thermodynamics, Victor Pavlovich Maslov (c.1936-) is a Russian mathematical physicist noted for a number of publications, beginning in 2009, on a mixture of applications of thermodynamic modeling in economics and sociology, using a fluid thermodynamics formulation in thermoeconomics, in particular.

Overview
In his 2009 article “Similarity Laws in Thermodynamics”, Masolv states his objective as such: [1]

“We would like to move from the general statistical laws for molecules to jurisprudence and the elaboration of laws in human society. Here the matter concerns the origin of social laws based on the same principles of natural selection which annihilates biological communities when their entropy decreases.”

In his followup 2010 article "Thermoeconomics of Russia", attempts to account for collisions and interactions of people as such:

“This gives us the possibility to summarize the Feynman diagrams of collisions and creations of separate particles, as well as collisions and interactions of market goods transferred into money, and then combine this into general laws of thermodynamics of fluids dealing with few variables.”

“We also consider debt crises, the stratification of society, and Islamic revolutions from the point of view of human thermodynamics.”

Education
Maslov has been actively studying mathematical physics in 1958. [1] He completed his PhD in physico-mathematical sciences in 1967, after which he became a professor. [2] In 2009, Maslov was associated with the V. A. Steklov Institute of Mathematics, Russian Academy of Sciences.