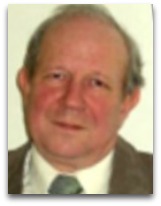 In hmolscience, Victor Sergeev (1944-) is a Russian physicist noted, in economic thermodynamics, for his early 2000s work on the thermodynamics of economic systems.

Overview
In 2001, Sergeev, in his “A Thermodynamic Approach to Market Equilibrium”, attempted to explain economic equilibrium thermodynamically, worked out while on sabbatical at the Santa Fe Institute, culling from the thermodynamics work of Greek mathematician Constantin Caratheodory and his work on the Pfaffian form of the equation of state. [2]

In 2005, Sergeev expanded his earlier article into the 155-page booklet The Thermodynamic Approach to Market, wherein he expands on his earlier ideas, albeit touching on more topics such as the thermodynamics of prices, the application of Le Chatelier’s principle in economics, heat engines in economics, migration potential, evolution, phase transitions in social systems, among others.

Education
Sergeev completed his MA in physics from the Moscow Power Engineering in 1967, an MA in mathematics from the department of mechanical engineering and mathematics, Moscow State University, in 1970, a PhD in mathematics and physics, at the Moscow Institute for High Temperature in 1974, and a Dr. Sci. in history, with a thesis on “Genesis of Democracy in Russia and the Tradition of Sobornost”, in 1990.