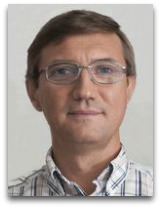 In existographies, Victor Yakovenko (1961-) (CR:35) is a Russian-born American physicist noted, in econophysics, for his 1998 to present work in promoting the subject of econophysics in America.

“In a closed economic system, money is conserved. Thus, by analogy with energy, the equilibrium probability distribution of money must follow the exponential Boltzmann-Gibbs law characterized by an effective temperature equal to the average amount of money per economic agent.”

The following is the gist of their Boltzmann distribution money model: 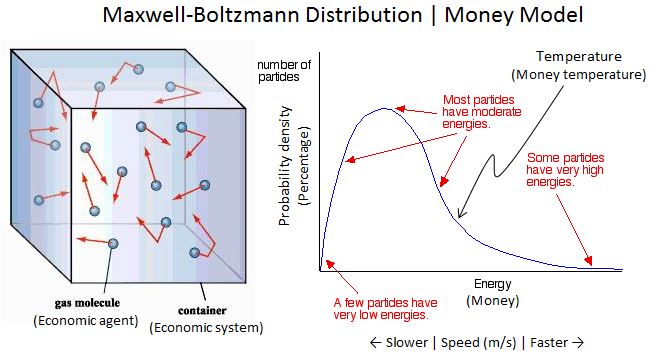 Since about 2003, Yakovenko has been running an econophysics research group at the physics department of the University of Maryland, where he lists Barkley Rosser as one of his collaborators. [3]

In 2006, Yakovenko, expanding on the above “Boltzmann distribution money theory”, was the opening speaker at the American Physical Society focus session on econophysics. [2]

Information theory
In 2009, Yakovenko was a co-author of the monograph Classical Econophysics, the abstract of which is: [4]

“This book sets out to address some basic questions drawing from classical political economy and information theory and using an econophysics methodology: What is information? Why is it valuable? What is the relationship between money and information?”

No doubt this is a ride on the Shannon bandwagon. [5]

Education
Yakovenko completed his undergraduate work and his MS (1984) at the Moscow Physical-Technical Institute, and his PhD in 1987 in theoretical physics at the Landau Institute for Theoretical Physics. Since 1993, he has been a physics professor at the University of Maryland.