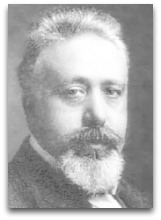 Overview
In 1926, Volterra, in his “Variations and Fluctuations of the Number of Individuals in Animal Species Living Together”, building on the work of Pierre Verhulst (1804-1849), published some type of mathematical predator-prey model; this model overlapped in some way with the early work of Alfred Lotka. [1]

In 1945, Alfred Lotka derided Volterra for his use of physical terms in the area of predator prey dynamics:

“Volterra’s use of the term ‘potential’ cannot be commended. Moreover, his use of ‘demographic energy’ and ‘principle of least action’ [in biology], are used in a sense not conforming with their strict usage in physics. Potential is a technical term in physics, of the dimensions of an energy, and Volterra’s analysis nowhere introduces considerations of energy of the peculiar mechanical properties of the organism. If we were dealing in problems wholly unconnected with energetics, the borrowing of a term from that field in a purely figurative sense might be condoned. But, quite on the contrary, the energy relations of the system of organic nature are a deeply fundamental feature, in which potentials of some kind, in the physicist's meaning, may be expected to play a role. To christen a function as a potential, which does not have the dimensions and qualities of a potential in the physicist's meaning, is to create the impression that a problem has been solved which, actually, still awaits solution. This does not make for the advancement of science.”

Lotka went on to say that Bertrand Russell's 1926 views on evolution where a better signpost.

Quotes | On
The following are quotes on Volterra:

“The system of differential equations proposed by Vito Volterra, describing the variation in time of the populations Nr of interacting species in a biological association, admits a Liouville's theorem (when log Nr are used as variables) and a universal integral of ‘motion’. Gibbs' microcanonical and canonical ensembles can then provide a thermodynamic description of the association in the large. The ‘temperature’ measures in one number common to all species the mean-square deviations of the Nr from their average values. There are several equipartition theorems, susceptible of direct experimental test, a theorem on the flow of ‘heat’ (the conserved quantity in an isolated association) between two weakly coupled associations at different temperatures, a Dulong-Petit law for the heat capacity, and an analog of the second law of thermodynamics expressing the tendency of an association to decline into an equilibrium state of maximal entropy. The analog of the Maxwell-Boltzmann law is a distribution of intrinsic abundance for each species which has been successfully used by ecologists for interpreting experimental data. A true thermodynamics develops upon introducing the idea of work done on an association through a variation of the variables (such as physical temperature) defining the physical and chemical environment. An ergodic theorem is suggested by the agreement of ensemble and time averages in the one case where the latter may be found explicitly.”

“The Lotka correspondence shows that Volterra’s approach was strictly adherent to the classical physico-mathematical paradigm, while Lotka’s point of view was more eclectic and open-minded as regards to new developments of physics, and somewhat skeptical about formal statements. We could say that while Volterra followed the ‘mechanical analogy’, Lotka had an inclination for the ‘thermodynamic analogy’ and had a great interest for the energetic problems in population dynamics.”

— Giorgio Israel (1988), “On the Contribution of Volterra and Lotka to the Development of Modern biomathematics” [1]