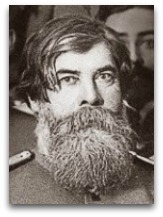 Overview
In 1897, Bekhterev, in his lecture turned book Suggestion and its Role in Social Life (1903), emphasized organism-environment interactions as a framework in which a “hidden reserve energy” can be accumulated, whereby, through social suggestion each person accumulated particular suggested material aspects of energy in a way that starts to look as if it were the person’s own willful act. He applied the concept of “reflex” to behavioral (and psychic) reflections, manifestations of energy, an output from an organism following the transformation of an energy input. [2]

In 1901, Bekhterev, in his Psyche and Life, published on the relation between the psyche and energetics. [1] In this work, according to William McDougall (1911), he gives some type of “energetics” view, similar to Grot and Krainsky. [2]

Bekhterev published a number of works arguing that suggestion, hypnosis, and telepathy were phenomena caused by some type of underlying energy transformation process.

In 1920 to 1921, Bekhterev, or a 20-month period, famously conducted a number of experiments on dogs, making more than 1,200-measurements of the impact of telepathy on dogs’ behavior, upon which he claimed that their experiments proved the existence of a special “shining” type of energy (Ѻ) released from one person and influencing another (compare: Rupert Sheldrake).

In 1921, Bekhterev, in part two of his Collective Reflexology, as summarized derisively by Sorokin (1928), supposedly, imported all the laws of physics, mechanics, chemistry, and biology, that he could find, to postulate a total of 23 laws governing social phenomena; which include, as summarized by Sorokin: [4]

“The law of the preservation [conservation] of energy; of the proportionality of the ratio of motion to motive force; of gravitation; of repulsion; of the equality of action with counter-action [reaction]; of similarity or homology; of rhythm; of inertia; of continuity of movement and change; of entropy; of relativity; of evolution; of differentiation; of reproduction; of elective generalization; of historical sequence; of economy; of adaptation: of interaction; of compensation; of dependable relationship and of individuality.”

In 1923, Pitirim Sorokin, in his 1928 “mechanistic school” classification, labels Bekhterev, whom he cites as “W. Bechtereff”, as being one of the chief representatives of the “social energetics” divisions. [4]

Quotes | By
The following are quotes by Bekhterev: