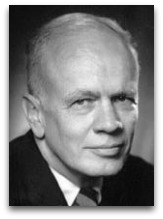 In hmolscience, Walker Percy (1916-1990) was an American author, who in his writings explored the “dislocation of man in the modern age”, as seen by a Southerner, with deep Catholic faith, albeit with existential questioning—his best work being the The Moviegoer.

“As late as a week ago, such a phrase as ‘hopefully awaiting the gradual convergence of the physical sciences and the social sciences’ would have provoked no more than an ironic tingle or two at the back of my neck. Now it howls through the Ponchitoula Swamp, the very sound and soul of despair.”

This is the opening quote to American economics historian Philip Mirowski’s More Heat Than Light (1989), seemingly indicating a sort of mental outlook kinship between the two. [2]

Kierkegaard
In circa 1945, while performing an autopsy, Percy contracted tuberculosis, after which he spent several years recuperating (see: genius hiatus effect) at the Trudeau Sanitarium, New York, during which time he read and was greatly influenced by the existentialism theories of Danish philosopher Soren Kierkegaard and the Russian novelist Fyodor Dostoevsky. Thereafter, he began to question the ability of science to explain the basic mysteries of human existence, and in 1947 converted into the Catholic faith.

Percy’s The Moviegoer is said to be heavily influenced by the existentialist themes of authors, Søren Kierkegaard, in particular, whom Percy read extensively. [3]

Education
Percy completed his BS in chemistry in 1937 at the University of North Carolina, his MD in 1941 at the College of Physicians and Surgeons, Columbia University, after which he began practicing as some type of general practitioner. [4]