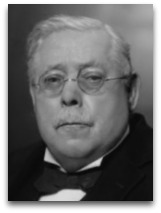 In religio-mythology, Wallis Budge (1857-1934) (IQ:155|#540) (RMS:67) (CR:107) was an English Egyptologist noted for his 1895 English translation of the Egyptian Book of the Dead (Papyris of Ani), and various publications to follow, in which he laid out the basic outline foundation of Egyptian theology, or Ra theology in core structure, wherein after it began to become apparent that Ab-ra-ham-ic theologies (Torah religions) and B-ra-hma-ic theologies (Vedic religions), which constitute over 72 percent of the modern world's belief system, are Egyptian-based religions, in derivative-syncretism structure, such as explained in the 1996-2000 work of American Egyptologist Gary Greenberg and 2003 work of American electrochemical engineer Libb Thims.
-
Book of the Dead | Recension theory
In 1842, Richard Lepsius published the first “standard edition” attempt at an English rendering of the Egyptian Book of the Dead, one from the papyrus of a Ptolemaic official named Iuwefankh. Lepsius divided this book into 165 chapters, assigning the numbers on the basis of the dividing lines and rubrics of that document. Additional chapters were added by Willem Pleyte, Edouard Naville, Wallis Budge, T.G. Allen, and others, raising the total number, as of 2008, to 192 chapters. [2]

Swiss Egyptologist Edouard Naville (c.1895) is credited with "recension theory" the assertion that there were both a “Theban recension” (18th-19th dynasties), i.e. those written before the Late Period, of the Book of the Dead, and a “Saite recension” (26th dynasty), after which the Dead Book became standardized into a specific order and “fossilized”, as some have referred to it, in terms of content. [3] Budge promoted Naville's recension theory, by adding to it the Heliopolitan recension.
-
British Museum | Head
The following is an outline of the transition of heads or keepers of oriental antiquities of the British Museum: [6]

Religio-mythology | Christianity
Budge, while professing at one point to be a “confessed Christian” (Ѻ), devoted a noted effort, seemingly throughout his writings, at passing jabs and commentaries on similarities between the older Egyptian and Sumerian, in respect to Hebrew beliefs, and the three of these in respect to Coptic Christianity, modern Christianity, and Islam.

“It may seem unnecessary to discuss Egyptian monotheism at such length, but the matter is one of great interest and importance because the literature of Egypt proves it to have been in existence in that country for more than three thousand five hundred years before Christ; in fact, Egyptian monotheism is the oldest form of monotheism known to us.”

“Much has yet to be done before all the comparisons and connections between the Egyptian and Christian systems can be fully worked out, but the facts quoted above will, perhaps, suggest the importance of the study.”

“We may note in passing another legend, which was popular among the Copts, to the effect that the Virgin Mary once hid herself and her son from their enemies in the trunk of the sycamore at Heliopolis, and that it is based upon an ancient Egyptian myth recorded by Plutarch which declared that Isis hid the body of Osiris in a tree trunk.”

“The rapid growth and progress of Christianity in Egypt were due mainly to the fact that the new religion, which was preached there by St. Mark and his immediate followers, in all essentials so closely resembled that which was the outcome of the worship of Osiris, Isis, and Horus that popular opposition was entirely disarmed. In certain places in the south of Egypt, e.g., Philae, the worship of Osiris and Isis maintained its own until the beginning of the fifth century of our era, though this was in reality due to the support which it received from the Nubians, but, speaking generally, at this period in all other parts of Egypt Mary the Virgin and Christ had taken the places of Isis and Horus, and the "God-mother" or "mother of the god"

, was no longer Isis, but Mary whom the Monophysites styled Θεοτοκος [mother of god]. ”

Education
Budge began to study languages on his own at the age of 10. In 1878, he attended Cambridge University, where he studied Semitic languages, including Hebrew, Syriac, Ethiopic, and Arabic, continuing to study Assyrian on his own. In 1883, Budge began working in the department of Egyptian and Assyrian antiquities of the British Museum, a position in which he remained until 1924, specializing in Egyptology. During this period, Budge collected a large number of Coptic, Greek, Arabic, Syriac, Ethiopian, and Egyptian Papyri manuscripts and was involved in numerous archaeology digs in Egypt, Mesopotamia and the Sudan.

Thermodynamics
The work of Budge is important because one of the first issues that people grapple with when introduced to the hmol sciences, which is structured in the logic that each human is an animated reactive 26-element molecule (human molecule) whose interpersonal reactions are governed by the laws of thermodynamics and whose body (and mind) was synthesized over time through chemical mechanism, is the objection that (a) they have a soul and that this is "beyond" the discussion and measurement of modern physical science and (b) that they have free will with which they choose right and wrong, and hence one has to re-educate oneself in the historical etymology of the concept of the soul, soul weighting, life-death cycles, morality, free will vs choice, etc., all of which originated in Egyptian theology and was carried over into the mindsets of the average modern person though religious syncretism and modification.

Religion
Budge, supposedly, was a “confessed Christian” (Ѻ), at least at some point in his existence.

Quotes | On
The following are quotes on Budge:

“It would be improper to assume that Budge, despite his reluctance to adopt the newer German school pronunciation reform, never made valuable and lasting contributions to mainstream Egyptological studies. It was Budge who originally secured the Papyrus of Ani from Egypt and brought it to the British Museum. For this alone, the world owes him a vote of thanks. His books may be questionable by academic standards, but his output was huge, filling a very long bookshelf indeed, and inspiring generations of interested readers. His publication of the elephant folio editions of The Papyrus of Hunefer and The Papyrus of Ani are reason alone to appreciate his genius. Had it not been for Budge, this present volume would not exist.”