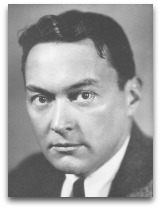 Overview
In 1929, Lippmann, a Jew turned atheist humanist, who had previously associated with George Santayana, William James, and Woodrow Wilson, published A Preface to Morals, wherein he analyzed the “values vacuum” of the 1920s, observing that thinking modern people no longer could embrace religion or totally trust human institutions, and thus were left in a limbo of uncertainty, commenting how while previous generations had followed orthodox dogmas, new times had brought “brave and brilliant atheists”. Lippmann, citing Santayana, herein, refers to what he calls the “romantic theory of affinities”, as follows: [1]

“This is the reason why the popular conception of romantic love as the meeting of two affinities produces so much unhappiness. The ‘mysterious glow of passion’ (Santana, c.1930) (Ѻ) is accepted as a sign that the great coincidence has occurred; there is a wedding and soon, as the glow of passion cools, it is discovered that no instinctive and preordained affinity is present. At this point the wisdom of popular romantic marriage is exhausted. For it proceeds on the assumption that love is a mysterious visitation. There is nothing left, then, but to grin and bear a miserably dull and nagging fate, or to break off and try again. The deep fallacy of the conception is in the failure to realize that compatibility is a process and not an accident, that it depends upon the maturing of instinctive desire by adaptation to the whole nature of the other person and to the common concerns of the pair of lovers. The romantic theory of affinities rests upon an immature theory of desire.”

Quotes | By
The following are quotes by Lippmann:

“The radical novelty of modern science lies precisely in the rejection of the belief, which is at the heart of all popular religion, that the forces which move the stars and atoms are contingent upon the preferences of the human heart.”