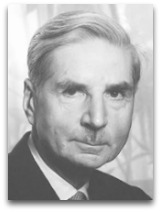 Overview
In 1929, Schottky, in his Thermodynamics: The Theory of the Circular Processes of Physical and Chemical Changes and Equilibria, according to the standard established published "characteristic function tables" (see: characteristic function notation table), was, supposedly, the first to employ the symbol " G", in honor of Willard Gibbs, for the the isothermal, isobaric chemical potential; the gist of the assignment, barring a full English translation of his book, seems to have occurred in his section "Chemical Potential", where he first derives:

which we now call "enthalpy", the name Heike Onnes gave to this function in 1909. With substitution of Schottky's warm function, aka Onnes enthalpy function, we have:

With division by T, we have:

which, of course, is the now-standard formula for Gibbs free energy. Schottky, however, concludes with the following formula:

which, when T is divided through, yields the following:

This specific definition of the isothermal-isobaric free energy, of note, was adopted that year by Ralph Fowler, in his Statistical Mechanics (1929), to represent the isothermal-isobaric chemical potential. At this point, however, a certain amount of terminological confusion arose, largely as a result of Francois Massieu (1869) using the Greek letter notation of – tψ’ (minus T psi primed) for the same function, a notation style Gibbs (1876) adopted, naming the same function ζ (zeta), which was named Φ (Phi) by Pierre Duhem (1897), and – Tψ (minus T psi) by Max Planck (1897), Schottky's PhD professor, ζ (zeta) by Otto Sackur (1912), Z by Percy Bridgman (1914), F by Gilbert Lewis (1923), Z by James Partington (1924), H by Theopile de Donder (1926), F by John Butler (1928), and finally, at last, ‘G’ by Schottky, which in 1933, in Edward Guggenheim’s Modern Thermodynamics, the book which solidified chemical thermodynamics, as we now define it, became the ‘by definition’ symbol of the isothermal-isobaric free energy, in honor of Gibbs.

The following is a translation of one of the opening pages of Schottky's Thermodynamics, so to give a glimpse of his deep thinking mindset: [1]

Schottky, in retrospect, is the eponym of a number of important things: “Schottky diode” (c.1928) and “Schottky barrier” in electrical engineering (c.1928), the “Schottky anomaly”, a peak of heat capacity, and “Schottky system” (Muschik, 1990), in thermodynamics, to name a few.
Education
In c.1908, Schottky completed his BS in physics at the University of Berlin, then in 1912 completed his PhD, under Max Planck, on the topic of “Relative Theoretical Energetics and Dynamics”. He then went to the University of Jena, where he studied under physicist Max Vienna, where he experimentally prove his theoretically derived his U 3/2 law for the glow electron current in electron tubes (Schottky equation). Then he went back to University of Berlin to habilitate, but then switched to work at Siemens in 1916, after which, while remaining tied to Siemens, he submitted his postdoctoral thesis on “thermodynamics of rare conditions in the steam room; thermal ionization and thermal glow” (Thermodynamik der seltenen Zustände im Dampfraum (Thermische Ionisierung und thermisches Leuchten)) at the University of Wurzburg in 1920. He then became professor of theoretical physics at the University of Rostock form 1923 to 1927, after which he returned to “Siemens & Halske in Berlin to work in their scientific laboratories, where he conducted research on semiconductor physics and electronics.

Quotes | On
The following are quotes on Schottky:

“Schottky's interest in thermionic emission, in connection with thermionic valves, led to fundamental considerations of the thermodynamics of charged particles and to the development of the so-called ‘electrochemical potential’ (equal to the Fermi energy) as a determinant of thermodynamic equilibrium. This was an extension of the basic treatment of equilibrium by J. W. Gibbs. In essence, the equilibrium of a system demands that charged particles be in equilibrium both in their roles as particles of a chemical system and as charge carriers; that is, the electrochemical potential throughout the system should be equal and free of gradients. One of the results of Schottky's preoccupation with thermodynamics, was the realization that lattice vacancies and other singularities were subject to statistical treatment. The equilibrium density of lattice defects can thus be calculated. One result of this work is the name given to lattice vacancies: ‘Schottky defect’. The occupancy of localized electronic states is similarly determined by their position in relation to the electrochemical potential and by the temperature.”

— Ernest Braun (1992), “Selected Topics from the History of Semiconductor Physics and its Application” [2]