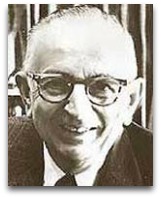 In existographies, Warren Weaver (1894-1978) (CR:16) was an American mathematician and machine translation theorist noted for

Brillouin | Szilard
In 1940s, Weaver, supposedly, was the one who, prior to 1949, introduced Leon Brillouin to Leo Szilard's 1929 Maxwell's demon paper “On the Decrease in Entropy in a Thermodynamic System by the Intervention of Intelligent Beings”, and also was the one who later facilitated a formal meeting between Szilard and Brillouin. [3] Brillouin, in his 1949 article "Life, Thermodynamics, and Cybernetics", by repercussion, was discussing Norbert Wiener's 1948 Cybernetics discussion of Maxwell's demon.

Information theory
In 1949, Weaver, in an infamous 1949 footnote, shown below, to the opening chapter of The Mathematical Theory of Communication, wherein convoluted a falsely-made thermodynamics-based historical platform to Claude Shannon’s 1948 information theory:

“Shannon’s work roots back, as von Neumann has pointed out, to Boltzmann’s observations, in some of his work on statistical physics (1894), that entropy is related to ‘missing information’, inasmuch as it is related to the number of alternatives which remain possible to a physical system after all the macroscopically observable information concerning it has been recorded. Leo Szilard (Zeitschrift fur Physik, Vol. 53, 1925) extended this idea to a general discussion of information in physics, and von Neumann (Mathematical Foundation of Quantum Mechanics, Berlin, 1932, Chap V) treated information in quantum mechanics and particle physics. Shannon’s work connects more directly with certain ideas developed some twenty years ago by Harry Nyquist and Ralph Hartley, both of Bell Laboratories; and Shannon has himself emphasized that communication theory owes a great debt to Norbert Wiener for much of its basic philosophy [cybernetics]. Wiener, on the other hand, points out that Shannon’s early work on switching and mathematical logic antedated his own interest in this field; and generously adds that Shannon certainly deserves credit for independent development of such fundamental aspects of the theory as the introduction of entropic ideas. Shannon has naturally been specially concerned to push the applications to engineering communication, while Wiener has been more concerned with biological applications (central nervous system phenomena, etc.).”

To note, see the "information" article for more discussion on this and how this erroneous footnote led to the launching of the Shannon bandwagon. [2]

In 1950, Weaver outlined the focus of the program of physical sciences applied to humans as follows: [5]

“The analysis and control of the physical universe has made pos­sible technological advances which have contributed to our safety and our comfort; but it is also true that some frightening secrets have been un­locked. Whether man has the wisdom to utilize properly his increased knowledge of physical nature is not as yet clear. To prevent becoming degraded by gadgetry or destroyed by physical force, it will be necessary to solve a variety of problems; and behind most if not all of these personal, social, and international problems there is a more basic set of problems - the problems involved in understanding individual human behavior.”

“The gap between our sciences and our morals is primarily a gap [see: unbridgeable gap] between the capacity with which we control the physical forces of nature and the wisdom with which we control ourselves. Research in the physical sciences does not contribute toward closing this gap, and is in fact likely to widen the gap. Research which lays the foundations for a better understanding of the functioning of living organisms, and hence an ultimately better understanding of human behavior, tend to help close this gap.”

Weaver then summarizes his conclusions, the last three of which are:

“Place dominant emphasis on studies which are aimed at increasing our knowledge of basic biological problems. Particularly stress fields that promise to increase man's understanding of himself. Encourage the application to biological problems of all the methods developed in physics, chemistry, and mathematics.”

In 1949, Weaver began to fund John Q. Stewart's newly conceived Princeton Social Physics project, with a grant of $15,000 (equivalent to $150,000 in 2015 terms), with which Stewart used to initiate a series of social physics symposiums. Four years later, in 1953, Weaver cut funding for the social physics projects, per the following reasoning:

“To search for isomorphisms between ‘social’ phenomena and ‘physical’ phenomena is indeed an interesting idea. The real question, however, is whether or not it is a rewarding idea. It is interesting to suppose that there may be entities, social ‘values’, which play in social experience the same roles played by different forms of physical energy. But it is hard for me to sense how one can usefully assign quantitative measures to any significantly wide range of values in the social field. And when you link together such things as meaning, feeling, authority, and decision-making [choice], this sounds to me like a very heterogeneous mixture.”

This, of course, directly contradicts Warren's 1950 conclusions (above) for research funding focus; therein he becomes a hypocrite, resulting, in an inadvertently-stated manner, from closet theism objections (see: below).

Religion
Warren was brought up in a devout Christian home; his mother being an active leader in the church; in his 80s, he was still attending Church services. The following are a selection of his views on how he held Christian and scientific views in his mind, simultaneously:

“I was brought up in a religious home. Not only did I go to Sunday school and church, I was taken to Wednesday-evening prayer meetings as well. With one part of my mind and heart I accepted all this. I think that god has revealed himself to many at many times and places. I think, indeed, that he keeps continuously revealing himself to man today. Every new discovery of science is a further ‘revelation’ of the order which god has built into his universe”

“I do not want to see ‘science’ as the central core, with the arts, letters, philosophy, and ethics, and all the rest relegated to a less central, less dominant, less significant position. I want to see science in a full partnership with other approaches to the order and beauty and meaning of life. Science, to me, contributes most to our understanding of ‘order’, a good deal to ‘beauty’, largely via order, and still less to ‘meaning’. The humane arts start with the middle one of these three words, contribute chiefly at that point, and spill over in each direction. Moral philosophy starts with the third, and diffuses back to the second and the first. If I had to assign priorities, it would be to moral philosophy.”

“Throughout my life—and since I am now in my early eighties [age 81] I am speaking of a considerable span of years—I have had two dominate interests and concerns: science and religion. In all this dazzling array of novel and shocking scientific ideas, there are two that I judge to be of central significance in any discussion of the relation between science and religion. If I am to advance with any persuasiveness my ideas concerning religion, I must deal briefly with these two important principles of quantum theory: the ‘uncertainty principle’ and the ‘principle of complementarity’. I do not believe, for instance, that Western man will ever have to change the basic principles that Moses or Jesus enunciated, al-though we will surely have to reinterpret them, to make them applicable to changing modern problems. Science and religion, then, both change, but in very different ways, because of the contrasting levels at which uncertainty and confusion exist.”

Weaver, in his article “My Religious Belief as a Scientist” (1975), goes on to state that he does not believe in the trinity, he disagrees with the Apostle’s creed (and therefore does not say it aloud in church), does not accept “all” the miracles in the Bible, and things that “god has created the complex orderliness of the universe, as revealed by science”, is an anti-chance believer, and adheres to the “watchmaker analogy” specifically in respect to elementary particles. Lastly, Weaver cites the following affirmation by Tolstoy as being closest to his creed:

“I believe in god, who for me is spirit, love, the principle of all things. I believe that he is in me, and I in him.”

“Why do we seem to know so much more about atoms than we do about men?”