In Egyptian mythology, was scepter, aka “tcham-scepter”, uas scepter, or ueb staff, is a staff, with an “Set animal” head (Gardiner, c.1916) and spear-like tip, symbolic of the powers of the god Set, generally thought to be representative of the dry death-like properties of the red desert, as contrasted with the green fertile lands of the Nile River banks; when a god holds it, it is said to represent dominion over the powers of destruction or evil (Ѻ), by that god, or something to this effect.

Overview
In 2980BC, pharaoh Djet, the fourth pharaoh of unified Egypt, had two was scepters engraved on his ivory comb as follows, along with an ankh symbol: [2] 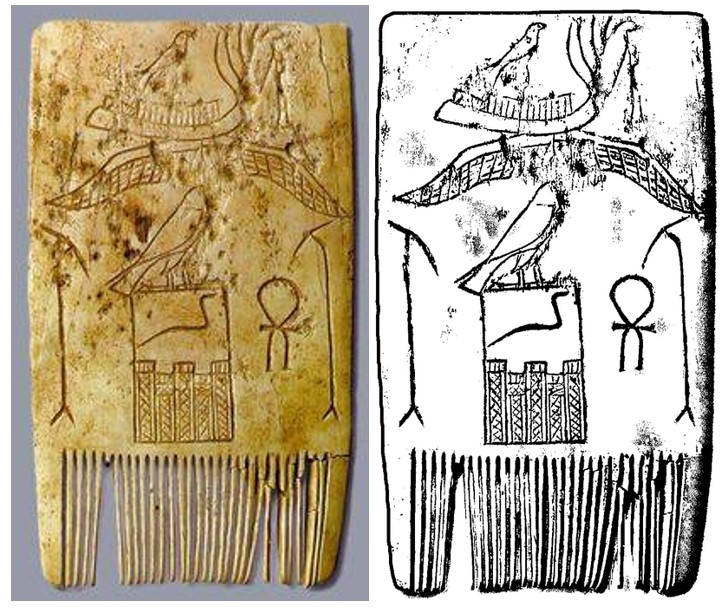 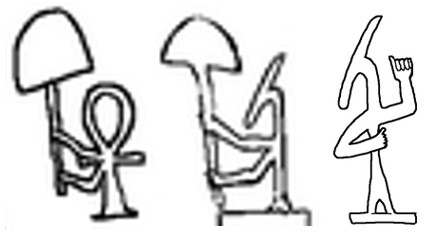 These was scepters, in this period, presumably, would be representative of the powers of darkness, death, and evil, during either the first or second hypostasis of Set as the opposite of Heru-ur (3,100BC) or of Ra (2600BC).

“We have now seen how the god Set was the opponent first of Heru-ur [3,100BC], then of Ra [2600BC], and finally of Osiris [1100BC] and his son Horus [332BC], and that during the long period of Egyptian history his attributes changed according to the various modifications which took place in the beliefs concerning this god in the minds of the Egyptians, and that from being a power of nature, the darkness, he became the symbol and personification of both physical and moral evil.”

In 1250BC, in the iconic “weighting of the soul scene” in the Ani-version of the Egyptian Book of the Dead, all the gods of the Ennead are shown holding the was scepter, symbolic, supposedly, at this point, of the powers of death or physical and moral evil, as Budge conjectures:

At this point, in the hypostasis of Set, his staff, held by each of the main gods of the Egyptian pantheon, is symbolic of the forces of darkness; this would eventually culminate, during the Roman recension (c.100-600BC), as Satan (without staff) as the demon of darkness who battles with god or Jesus.