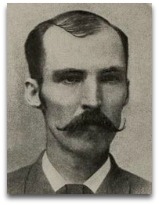 In existographies, Watson Heston (1846-1905) (FA:85) was an American freethinker, photographer, and illustrator noted for []

Adam
The following, from his "The Adventures of Adam" (see: Adam and Eve) is Heston's rendition of the creation of Adam: [1] 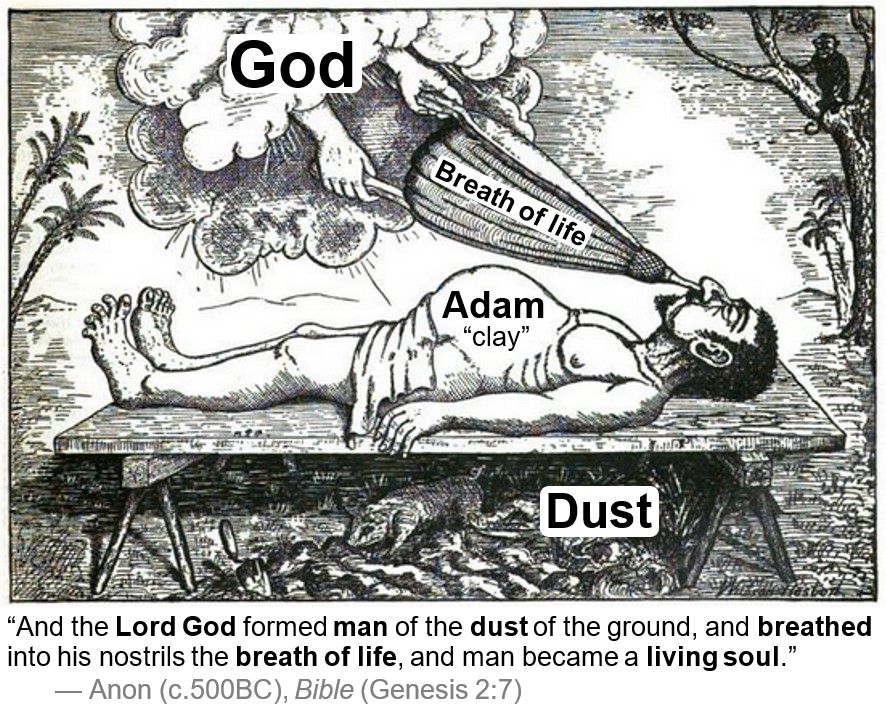 Heston, in reference to clay creation myth, comments on this:

“The idea is borrowed from preceding religions, and is no more original than true. According to Grecian mythology, the god Prometheus created man, in the image of gods, out of clay; and the god Hephaistos was commanded by Zeus to mold of clay the figure of a maiden, into which Athene, the dawn-goddess, ‘breathed the breath of life’.”

“The first heretic was the gentleman who counted his wife’s ribs.”

Further reading
● Heston, Watson. (1896). The Freethinkers' Pictorial Text-book: Showing the Absurdity and Untruthfulness of the Church's Claim to be a Divine and Beneficent Institution and Revealing the Abuses of a Union of Church and State. Bank of Wisdom.