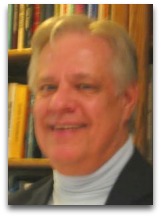 In hmolscience, Wayne M. Angel (1945-) is an American physicist and computer scientist noted, in human thermodynamics, for his 2005 Herbert Callen based "relation thermodynamics" theory.

Overview
In 1991, Angel gleaned the insights of his thermodynamics-based “theory of society”, in part, from a reading of Japanese physicist Satosi Watanabe’s Knowing and Guessing (1969), in which it is argues that social measurements can be quantified by changes in interdependencies, a type of “interdependence analysis”, so to say.

Angel also adopted Richard Dawkins’ ideas on memes and how individuals/ideas and ideas/ideas form a “relationship space”, with humans conceptualized as actors capable of manipulating memes. Angel was also influence, after Watanabe, by secondly the general systems theories of Gerry Weinberg, and thirdly the ideas of Kenneth Boulding. [2]

The basics of this theory went into his 1992 PhD dissertation “On the Feasibility of Quantitative Predictive Models of Human System Behavior”, completed at Walden University, some of which was based on the notion that thermodynamics could be used to make “prediction” in social phenomena. Angel then expanded on these ideas, of the years, to some extent, resulting in a 2005 draft online book The Theory of Society: Relation Thermodynamics, seemingly filled in up to about chapter six. Herein, he terms “relation thermodynamics”, a term which he defines as the "thermodynamics of human relation systems", which attempts to answer the question: [1]

“What is [the] thermodynamics of human relation systems?”

Angel states that the aim of his book is to present a theory of social organization and to develop the means towards historical prediction. In short, Angel strives to understand the thermodynamics of systems of humans connected in dynamic relationships. Angel states that human relation systems thermodynamics or “relation thermodynamics” is the study of macroscopic consequences of myriads of individual actions on the interdependence coordinates within human relation systems, whereby due to statistical averaging do not appear in the macroscopic description of systems. Angel argues that much of this theory has to do with “relation energy”, whereby the internal relation kinetic energy of a human system is determined by the rate of change of relationships between entities. He reasons that human systems can transfer some of its internal relation energy to other human systems, thereby doing relation work on other human systems. He reasons that and that “it is equally possible for this internal relation kinetic energy to be individual random motion that at the macroscopic level is observable as relation heat”, whereby much of organizational relation thermodynamics thus is concerned with relation heat transfer.

“I understand your concern. I use information theory as a starting point because of my familiarity due to other work. But, it is not an essential feature. The fundamental starting point is a switch from focusing on the entities of a society, people, things, and ideas to the relationships of these things and how they change. There are other means of describing these relationships in general mathematical terms. The first one that comes to mind is the correlation coefficient.”

Angel, presently, is in the process of reformulation.

“Thermodynamics of human relation systems is the study of the macroscopic consequences of myriads of individual actions on the interdependence coordinates within human relation systems, which, by virtue of statistical averaging, do not appear explicitly in the macroscopic description of a system. Although much of the "microscopic" actions of individuals may be hidden from the direct observations of a macroscopic viewer, they can affect macroscopic observables. One such clear example deals with the concept of relation energy. The internal relation kinetic energy of a human system is determined by the rate of change of relationships between entities. Clearly a given human system can transfer some of its internal relation energy to another human system, i.e. it can do relation work on another human system. It is equally possible for this internal relation kinetic energy to be individual random motion that at the macroscopic level is observable as relation heat. Much of organization thermodynamics is concerned with relation heat transfer.”