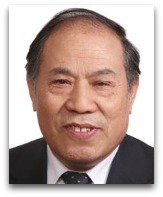 In existographies, Wenyuan Niu (c.1950-) (SNE:5) (CR:14), Wen-Yuan Niu or W.Y. Niu, is a Chinese scientist noted for his 2001 to present social physics and social mechanisms of social stability theories.

Niu's work has been influential to Miao Ning and Jifa Ju and their 2009 activation energy theory of social transformation. [1]

Education
In 2011, Niu was listed as adviser to the Chinese state council, chief scientist at the Chinese Academy of Sciences, and director of the Chinese Ecological Economics Society. [3] He also is listed as a sustainability scientist. (Ѻ)