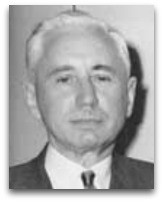 In philosophy, Will Durant (1885-1981) was an American total perspective historian-philosopher, with a gifted prose condensed wit style of writing, tending toward the use or interspersion of thermal words and seeming truisms, known generally for his 1926 The Story of Philosophy, in which he gives the following hot faith/cold hostility thermal words laden quote: [1]

“The failure of the reformation to capture France had left for the Frenchmen no half-way house between infallibility and infidelity; and while the intellect of Germany and England moved leisurely in the lines of religious evolution, the mind of France leaped from the hot faith which had massacred the Huguenots to cold hostility with which La Mettrie, Helvetius, Holbach, and Diderot turned upon the religion of the fathers.”

Durant's collected works set comprises at least 26-volumes, which includes his 11-volume The Story of Civilization.

American writer Gary Freedman, in his circa 2009 ebook Significant Moments, somehow attributes the attributes the origin of life puzzle solution possibility that “chemically, all life is one” to Durant’s The Life of Greece. [2]

Civilization reformation theory
Durant seems to be known for his cyclical and or transformation view of civilizations and wealth distributions. In 2009, American physical chemist Thomas Wallace, in his chapter section on the mechanistic thermodynamics paradigm model of socioeconomic system change, cites the following quote by Durant as one of the best depictions of the concept of what he calls the “reconstitution” of or “rebirth of dying civilizations”, as he defines the term: [4]

“Civilization does not die, it migrates; it changes its habitat and its dress, but it lives on. The decay of one civilization, as of one individual, makes room for the growth of another; life sheds the old skin, and surprises death with fresh youth. Greek civilization is alive; it moves in every breath of mind that we breathe, so much of it remains that none of us in one lifetime could absorb it all. We know its defects—its insane and pitiless wars, its stagnate slavery, its subjection of woman, its lack of moral restraint, its corrupt individualism, its tragic failure to unite liberty with order and peace. But those who cherish freedom, reason, and beauty will not linger over these blemishes. They will think of Greece as … our nourishment and our life.”

"We conclude that the concentration of wealth is natural and inevitable, and is periodically alleviated by violent or peaceable partial redistribution. In this view all economic history is the slow heartbeat of the social organism, a vast systole and diastole of concentrating wealth and compulsive redistribution."

Thinkers
The following is Durant's circa 1950 list of the ten “greatest thinkers” of all time, shown in chronological order, as found in his 2002 collected works book The Greatest Minds and Ideas of All Time: [6]


Quotes
The following are relevant quotes, some of which are shown in duplicate: [5]

The following are other poster quotes: 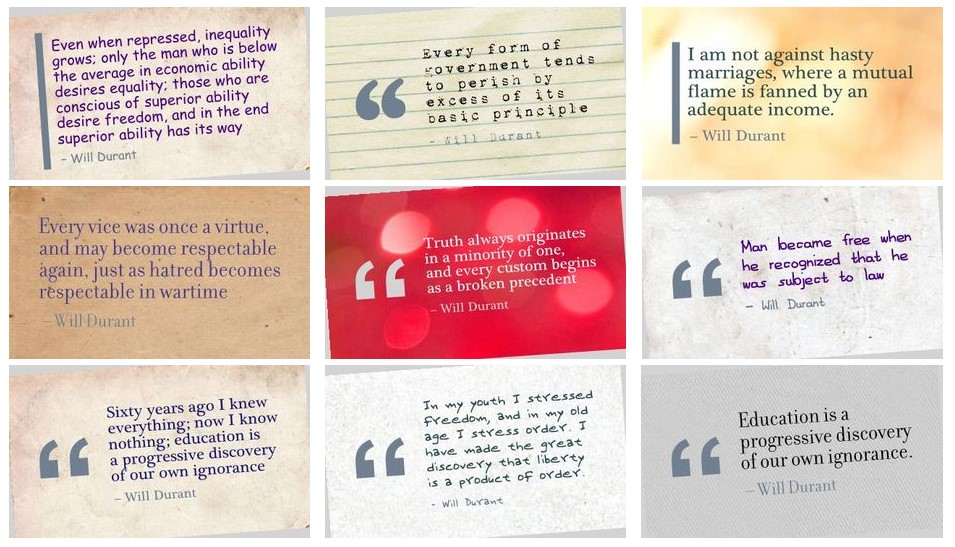