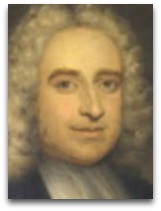 In existographies, Willem Gravesande (1688-1742) (IQ:175|#244) (GPE:97) (CR:31), aka “ ’s Gravesand ”, was a Dutch physicist, experimenter, mathematician, lawyer and philosopher noted for his circa 1718 brass ball clay surface experiments and for his expansion of metals by heat experiments. 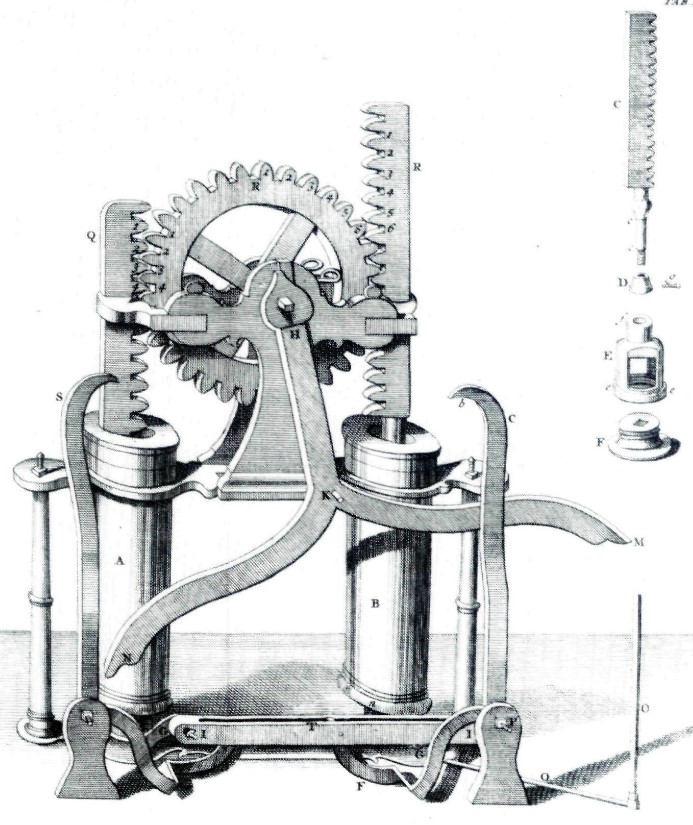 This, supposedly, was an upgrade design, modeled on a Hauksbee vacuum pump, Musschenbrock vacuum pump, or a Papin vacuum pump (Helden, 1991).

Gravesande's most famous experiment was the one where he allowed brass balls to be dropped (or rolled down a ramp) with varying velocity onto a soft clay surface. Gravesande found in his experiments that a ball with twice the velocity of another would leave an indentation four times as deep, that three times the velocity yielded nine times the depth, and so on. [1]

Gravesand shared these results with Emilie Chatelet, and with Voltaire (Chatelet's companion), after which, it is said, that Chatelet subsequently corrected Isaac Newton's formula E = mv to E = mv², and thus synthesized the first version of the conservation of energy (vis viva into vis mortua).

In 1740, Emilie Chatelet, in her Lessons in Physics, supposedly, combined the theories of Gottfried Leibniz and the practical observations of Gravesande to show that the energy of a moving object is proportional not to its velocity, as had previously been believed by Newton, Voltaire and others, but to the square of its velocity. Hence it is said that where as Gravesande provided the experimental data for the formula of kinetic energy, Chatelet provided the formulaic explanation.

Gravensande, supposedly, also designed an experiment to test Boerhaave's law, i.e. the postulate that all bodies expand in volume when heated.

Education
In 1717, Gravesande became professor in physics and astronomy in Leiden, where he introduced the works of his friend Isaac Newton in the Netherlands.

Quotes | On
The following are quotes on Gravesande:

“Gravesande is to be ranged among the most important expounders of Newtonian physics in Europe: in fact, he made possible its acceptance in a European context both by adapting its barely comprehensible mathematical structure to a wide audience and by pro-viding it with a justification and an introduction through logic and metaphysics. Eventually, Gravesande made Newton's physics fit the needs of academia.”

— Andrea Strazzoni (2013), Dutch Cartesianism and the Birth of Philosophy of Science (pg. 174)