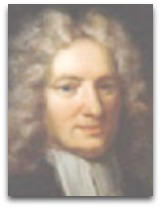 In existographies, William King (1650-1729), aka “Archbishop King”, was an Irish philosopher, politician, and theologian, noted for []

Quotes | On
The following are quotes on King:

“There can hardly be much doubt that it was largely from the original work of King that Pope derived, directly or through Bolingbroke, the conceptions which, rearranged with curious incoherency, served for his vindication of optimism in the First Epistle of the Essay on Man; for it is unlikely that Pope derived them from their fountain-head, the Enneads of Plotinus.”

Quotes | By
The following are quotes by King:

“There exists a perpetual war between the elements, between animals, between men.”