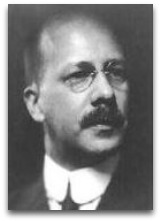 In existographies, William Armstrong Fairburn (1876-1947) (IQ:170|#341) (HCP:24) (SN:22) (CR:60) was an English-born American naval architect, marine engineer, chemical engineer, and industrial executive and noted for the publication of his 1914 Human Chemistry, a 55-page booklet that outlines a semblance of a precursor to the science of human chemistry. [1] Fairburn was the first to discuss the idea of the human catalyst and human entropy. In general, according to Fairburn, regarding a chemically-based philosophy of life and work:

“No human chemical can ever be truly happy in his work unless he is fitted by nature for the work he is performing.”

Fairburn's Human Chemistry is the only book ever-published on the science of "human chemistry", which he defined as the analysis and synthesis of the reactions resulting from combinations of human chemical elements (workers), prior to American chemical engineer Libb Thims' 2007 textbook Human Chemistry. [4]

Education
After arriving in America, Fairburn was educated in the Bath public schools and during these years became an apprentice mechanic in the local iron works. He acquired his master’s papers at the age of eighteen. In 1896, he returned to Ireland entering the University of Glasgow and completed in one year a two-year program in naval architecture and engineering, standing at the head of his class. At the age of twenty-three, he designed the first all-steel freighter in America. By 1900 he became an independent engineering consultant. [2]

From 1900 to 1908, Fairburn supervised the construction of cargo vessels and pioneered in applying the diesel to railroads. In these years, he also served as a consultant for the Sterling Company and for Babcock and Wilson, on steam boiler and marine manufacturing problems.

Diamond Match company
In 1909, Fairburn became head of the Diamond Match company; guiding Diamond’s research chemists into new domestic sources. In particular, Fairburn revolutionized U.S. match manufacturing by using sesquisulphate to produce matches rather than white phosphorus, which had been publicly condemned for leading to poisoning. [3] By 1937, Diamond controlled 90% of America’s match production. Fairburn was president of the firm until his death in 1947.

“As each chemical element is an entity, differing and distinct from any other, so is each human element and entity and a personality, which, when guided by a human chemist to do work and perform his peculiar function in life, feels and acquires what no inert substance can ever acquire, namely moral stimulus of responsibility. No chemical element is in a state of harmony unless it is in contact with other elements or influences which do not antagonize or irritate, and no human chemical or worker can ever by truly happy in his work unless he is fitted by nature for the work which he is performing, and unless his general temperament are in harmony with his specific duties and environment.”

Human chemistry
In his Human Chemistry, Fairburn was the first, aside from German polymath Johann von Goethe, and his 1809 chemistry-based novella Elective Affinities, and American author Thomas Dreier, and his 27-page 1910 pamphlet "Human Chemicals", to specifically outline the view, in book format, that people are "human chemicals" or human chemical elements, that the manager or foreman of people is a "human chemist", and that the job of the human chemist is to align individuals in their working combinations to achieve the correct "reactions resulting from the combinations of individuals" (human chemical reactions). Interestingly, Fairburn was the first to state that people might be classified by relative energies and entropies; the latter of which, i.e. the conception of "human entropy" or human molecular entropy, referring to measures of entropy of an individual person, is a very advanced concept, even in the modern age.

The central goal of Fairburn’s Human Chemistry was to outline how the laws of science or nature might better guide the executive in the operation of his company in terms of placement and work functions of individual people. Many of his postulates are filled with philosophical ideologies based on satieties or bonding satisfactions in small chemical systems.

Human chemists
In pioneering the proto-fields of business chemistry and business thermodynamics, Fairburn's general view is that the foreman acts as the "human chemist", aligning proper work reactions between individuals, and that in this sense, he or she must study the basic principles of chemistry so to intelligently perform their occupation. Fairburn comments further on this in stating that a scientific human chemist will be a psychological analyst who will study the science of the individual in relation to environment and the science of the human mind, its power, function, and mental processes. He states further that:

Fairburn, in addition to stating that human chemical elements could be classified by their relative affinities (or Gibbs free energy in the modern sense), seems to be the first to have stated that an interactive system of humans, e.g. a group of factory workers is a system of reactive chemical entities (humans), and on this basis speculates on how one would go about classifying reactive humans modeled as elements. He reasons that: [6]

“A classification based on their relative electricity or relative energy or enthusiasm would not of itself help us much, for misapplied energy and wasteful application of human forces are common. The classification of entropy, referring to temperature changes which can be likened to coolness, passion, explosiveness and frigidity, are all interesting but of themselves prove little.”

Human emulsifiers
Fairburn postulates that in occupational situations, certain men (or human chemicals) will act as emulsifiers, acting to facilitate the mixing of non-mixing groups, just as soda or gum Arabic, causing oil and water to blend together. [5]

(a) The full name ‘William Armstrong Fairburn’ is prominent on his books (indicating that he is a third generation William Fairburn, and is thus attempting to distinguish his name);
(b) He returned to Glasgow University for college in 1896 (the college where James Thomson was a professor (1873-89);
(c) The family immigrated from Huddersfield a town 30-miles North-East of Manchester (the location of the shipbuilding company);
(d) He degreed in naval architecture and engineering (as did Fairbairn junior and senior);
(e) He built many ships (as did Fairburn junior and senior);
(f) He became an executive of a company, the Diamond Match Co. (just as did Fairburn junior and senior).

What likely happened was that last name Fairbairn was Americanized to Fairburn when the family moved to America (Bath, Maine) in 1889-90 from England (Huddersfield). A more definitive reference, however, needs to be found to corroborate this.