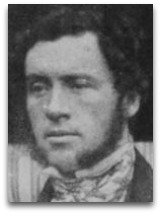 In thermodynamics, William Grove (1811-1896) was a Welsh physicist noted for his theory of the ‘correlation of the physical forces’, an earlier view of the conservation of force and a prototype view in the development of the conservation of energy and the measurement of the mechanical equivalent of heat. [1] The following is the opening paragraph from his first 1842 lecture on his theory:

“Physical science treats of matter, and what I shall to-night term its affections; namely, attraction, motion, heat, light, electricity, magnetism, chemical-affinity. When these re-act upon matter, they constitute forces. The present tendency of theory seems to lead to the opinion that all these affections are resolvable into one, namely, motion: however, should the theories on these subjects be ultimately so effectually generalized as to become laws, they cannot avoid the necessity for retaining different names for these different affections; or, as they would then be called, different modes of motion.”

Grove postulated a relationship between mechanics, heat, light, electricity, and magnetism by treating them all as manifestations of a single "force". In respect to the interconvertability of forces, he states: [3]

“Each force is definitely and equivalently convertible into any other and that where experiment does not give the full equivalent, it is because the initial force has been dissipated, not lost, by conversion into other unrecognized forces. The equivalent is the limit never practically reached.”

His thoughts were first collected in the 1846 book The Correlation of Physical Forces. [2] By the time of the 1862, third edition, Grove had been to take note of the implications of those as Rudolf Clausius and William Thomson.