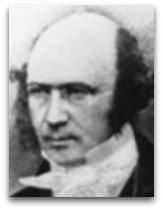 Overview
In 1834, Hamilton published the first part of “On a General Method in Dynamics”, which was followed by a second part the following year; the collected works abstract of both is as follows: [4]

This is the first of Hamilton's two famous Essays on dynamics, in which he develops the whole of theoretical dynamics by the aid of one central function. In this Essay he defines his characteristic function by analogy with his researches in optics, and develops its chief properties for a general system of points in any system of coordinates. The remainder of the paper is devoted to methods of approximation with a view to applying them to perturbations of astronomical bodies. At the end he introduces another function, the principal function, which he develops in the Second Essay.

III. Second Essay on a General Method in Dynamics (1835)

Hamilton develops the properties of the principal function in much the same way as in the previous Essay, but he here establishes for the first time his well-known equations of motion. He applies his method to a case of planetary motion, using a system of canonical elements.

In 1865, Clausius, in his "Mathematical Introduction", defined Hamilton's “force-function” as follows: [2]

in which the work W done by forces acting on a system of particles can be expressed as a function F(xyz) of rectangular coordinates.

This is one of the founding papers in the science of dynamics, served as a mathematical basis of logic for German physicist Rudolf Clausius’ mathematical foundations, particularly on the calculation of work done or consumed in a system of particles acted on by forces, to his 1865 textbook Mechanical Theory of Heat. [1]

Hamilton was looped into the early thermodynamics network via his correspondence with Scottish mathematical physicist Peter Tait. [3]

Quotes | On
The following are quotes on Hamilton:

“In those cases in which equation (12) holds, or the work done can be simply expressed as a function of the co-ordinates, this function plays a very important part in our calculations. Hamilton gave to it the special name of "force function"; a name applicable also to the more general case where, instead of a single moving point, any number of such points are considered, and where the condition is fulfilled that the work done depends only on the position of the points.”

Quotes | By
The following are quotes by Hamilton:

“The invention of dynamics as a mathematical science [was founded by] Galileo, and [through] the wonderful extension which was given to that science by Newton—among the successor to those illustrious men: Lagrange has perhaps done more than any other analyst to give extent and harmony to such deductive researches, by showing that the most varied consequences respecting the motions of systems of bodies may be derived from one radical formula; the beauty of the method so suiting the dignity of the results, as to make of his great work a kind of scientific poem.”

— William Hamilton (1834), On a General Method in Dynamics