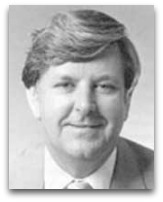 Goethe | Aristophanes
In 1982, Lillyman, in his Goethe Symposium talk “Analogies for Love: Goethe’s Die Wahlverwandtschaften and Plato’s Symposium”, argued that Greek comedy playwright Aristophanes (446-386BC) was somehow an influence to Goethe in the writing of his Elective Affinities: [1]

“Underlying the overt analogy for human love—or ‘Gleichnisrede’ to use Goethe’s term—and analogy which was taken from Aristophanes' speech in Plato’s Symposium. It not exaggerated to say that parallels and allusions to Aristophanes’ explanation of the nature of love permeate Goethe’s Die Wahlverwandtschaften.”

While some of Lillyman's arguments do seen tenable, e.g. the Edward/Ottilie polarities and similarities, others seem less so. One example of the latter is the following passage from P1:C4 where the Captain speaks of round water drops and the globular form of melted lead and quicksilver:

“And here,” said the Captain, “let me just cursorily mention one remarkable thing, I mean that the full, complete correlation of parts which the fluid state makes possible, shows itself distinctly and universally in the globular form. The falling water-drop is round; you yourself spoke of the globules of quicksilver; and a drop of melted lead let fall, if it has time to harden before it reaches the ground, is found at the bottom in the shape of a ball.”

Goethe explicitly states that the chemical affinity theory comes from Swedish chemist Torbern Bergman not Aristophanes. The "roundness" aspect stems from the Heliopolis creation myth, of Ra mythology, of the sun (or sun disc) giving birth or being the progenitor to everything else.

Education
Lillyman completed his PhD in 1965 with a dissertation on “Otto Ludwig’s Zwischen Himmel und Erd” (“Otto Ludwig's Between Heaven and Earth”) at Stanford University. Currently he is a professor emeritus of the German School of Humanities at University of California, Irvine. One of Lillyman’s current research project is an article or book entitled: Goethe's Historical Imagination. "Die Wahlverwandtschaften".