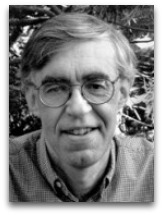 Overview
In 1988, Paulson, in his The Noise of Culture: Literary Texts in a World of Information, used a mix of thermodynamics and information theory to analyze information and noise in themes of various novels and stories. [1] Paulson begins by citing English physicist C.P. Snow’s famous 1959 lecture on division of “the two cultures”, divided between those who have an understanding of the second law and those who have read a work of Shakespeare, as a motif for his following chapters, and goes on to discuss topics such as the second law, negentropy, nonequilibrium thermodynamics, closed systems, among others, in relation to information theory. Paulson comments, for instance, on French philosopher Michel Serres' use of thermodynamics and information theory in his 1980 Le Parasite, a work which uses fable to explore how human relations are identical to that of the parasite to the host body.