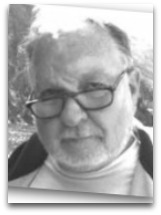 In hmolscience, William G. Plank (c. 1934-) is an American philosopher noted, in philosophical thermodynamics, for his 2002 work on a mixture of dissipative structures, quantum mechanics, and Friedrich Nietzsche.

Overview
In 2002, Plank, in his The Quantum Nietzsche: the Will to Power and the Nature of Dissipative Systems, attempted to put a modern-day reinterpretation of German philosopher Friedrich Nietzsche’s 1883 theory of “will to power” in terms of the quantum theory, particularly the work of physicists Irish-born American John Bell and American-born Brit David Bohm, and thermodynamics, specifically using the Prigoginean dissipative structure logic. [1] Plank’s central premise is the postulate that: [2]

“Time is a function of the will to power as a dissipative, out-of-equilibrium system [and] morality is linked to valorization of dissipative systems; a morality of anti-entropy.”

Beyond this, Plank reasons that “good is anti-entropic; the decadent and sick are entropic … the dissipative is life; equilibrium is death.”

On his view of heat death in relation to Nietzsche’s philosophy, Plank surmises that “total and universal equilibrium is the end of change and the death of the universe” and that this is the meaning of Nietzsche’s admonition to live dangerously, out of equilibrium, and that this dissipative logic capture’s Nietzsche’s disgust with ideologies which promote safety and happiness as the goal of human efforts, and Nietzsche’s assertion that self-preservation is not necessarily the major motive of human effort. [2]

Education
Plank completed his BA in French in 1956 from the University of Missouri, his MA in French in 1966, thesis “Art and the Artist in the Cosmogenesis of Teilhard de Chardin”, and his PhD in French in 1972, dissertation “Sartre and Surrealism”. [3] It likely from French philosopher Pierre Teilhard that Plank learned his views on energy and entropy and was thus stimulated into his thermodynamic modeling of human reality.